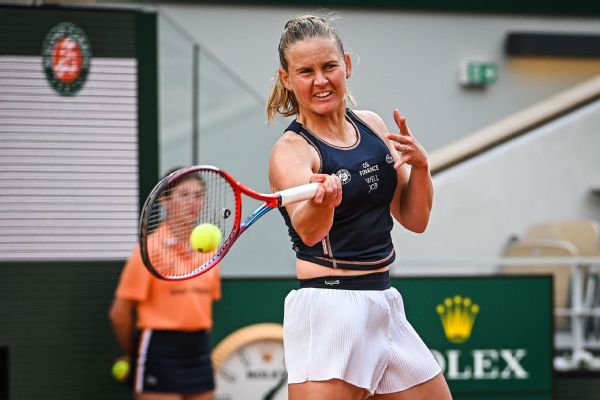 Pierre Bouteyre, the former coach of French tennis player Fiona Ferro, has been charged with raping and sexually assaulting her when she was a teenager, according to a report in Agence France-Presse.

Ferro, 25, is the No. 259-ranked player in the world and lost in the qualifiers at the US Open. She has accused Bouteyre, 50, of rape and sexual assault between 2012 and 2015, when she would have been 15 to 18 years old, her lawyer told AFP. Bouteyre traveled with Ferro and was her private coach, her lawyer said.

Bouteyre’s lawyer said to AFP that he “recognizes the relationship occurred but denies any coercion.”

“It was a love story according to him,” his lawyer said.

ESPN tennis analyst Pam Shriver tweeted her support for Ferro and added, “The best way to improve safeguarding is to tell our stories.”

Bouteyre is also the former coach of France’s Alize Cornet, who beat Katerina Siniakova in the second round of the US Open. Cornet, 32, defeated defending US Open champion Emma Raducanu in the first round. After her second-round win, Cornet was asked by L’Equipe about the charges.

“It’s far too serious a subject for me to dwell on during the tournament,” Cornet said in French. “It obviously affects me a lot, and maybe that’s one of the reasons why I don’t sleep very well at night. Obviously I send a huge support to Fiona, which I did by message because she is my friend. It’s terrible, for both of them and especially for Fiona. He’s been my coach for 10 years, so it’s not cool to learn that kind of stuff.”

US Open 2022 -- Numbers behind Venus and Serena Williams' remarkable careers

Barcelona in talks with LA Galaxy for Julian Araujo

Barcelona in talks with LA Galaxy for Julian Araujo