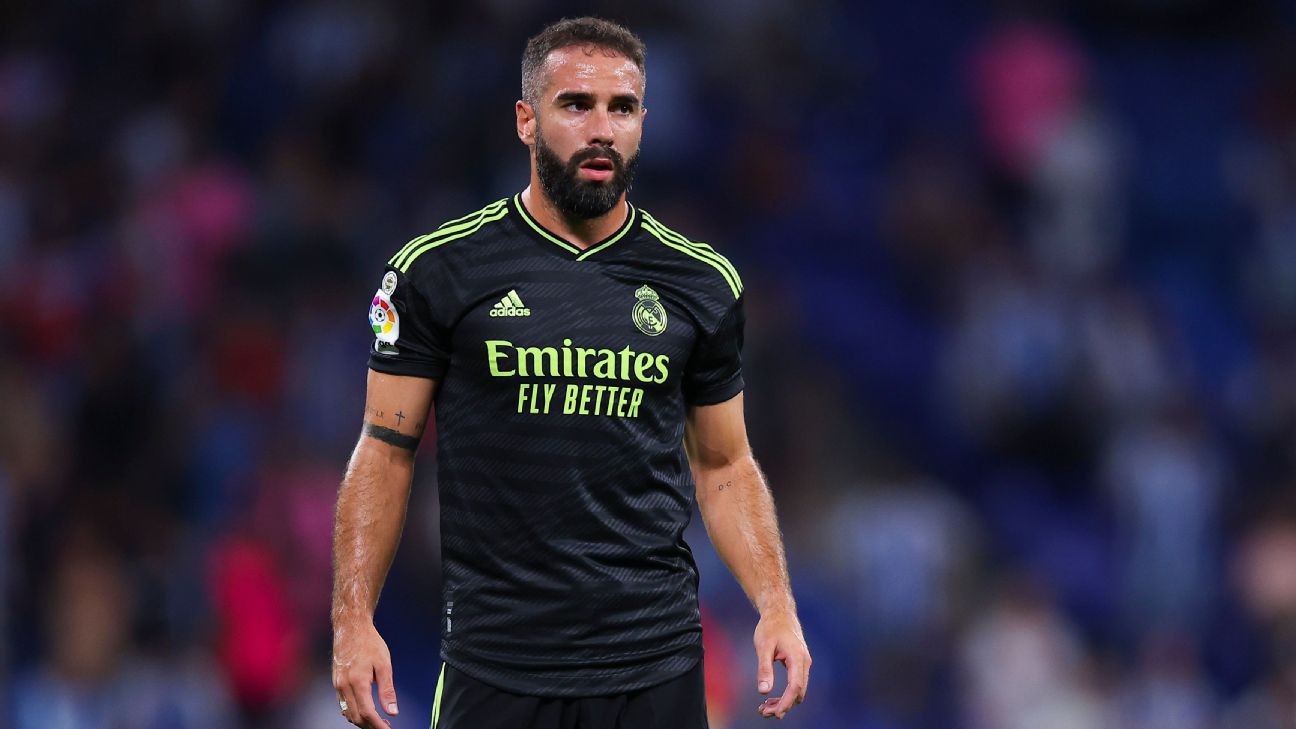 Real Madrid defender Dani Carvajal says footballers are “an easy target” after he was the victim of an attempted robbery at his home this week.

Spanish police are investigating after three men tried to break into the Spain international’s residence in Boadilla del Monte — to the west of Madrid — at 2 a.m. local time on Tuesday morning.

It comes after Pierre-Emerick Aubameyang suffered a broken jaw this week when he was assaulted by a gang who broke into his house in Barcelona.

Carvajal was not at home when the incident happened, and the would-be burglars fled when they activated the house’s alarm.

“They tried to get into the house, and they couldn’t because of the security system,” Carvajal told the Spanish TV show Salvame on Thursday.

“It was a big shock. Fortunately, nothing happened. We weren’t at home. We must take precautions. Let’s hope it doesn’t happen again.

“They were looking for where they could get in.

“But everything was closed, the security system did his job. It’s the first time [this has happened]. It’s in the hands of the police. Let’s hope they can be found.

“We’re an easy target. They know when we play and when we don’t. Above all it’s the safety of our families, that’s what worries us most.”

In 2019, Spain’s Guardia Civil — working with the EU agency Europol — made five arrests after a gang targeted the homes of a number of Real Madrid and Atletico Madrid players including Zinedine Zidane, Casemiro, Isco, Alvaro Morata, Thomas Partey and Lucas Vazquez.