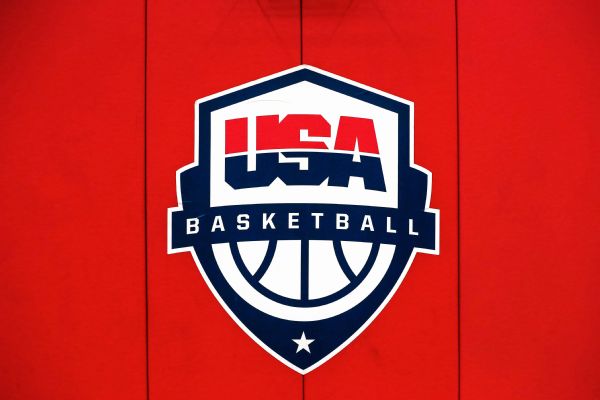 USA Basketball has invited 62 of the top players in high school basketball to its Junior National Team minicamp, to be held Oct. 7-10 in Colorado Springs, Colorado.

This marks the first time in three years this event will be held due to the COVID-19 pandemic. Some of the best young players in the NBA, along with others set to be selected in the next drafts, attended the last camp in 2019, including Chet Holmgren, Jabari Smith, Evan Mobley, Scottie Barnes, Jalen Green, Scoot Henderson and D.J. Wagner.

“This camp has been an important part of developing our junior national team, and we’re really happy to be back doing it again,” Sean Ford, national team director of USA Basketball, told ESPN. “The world is getting better at a faster rate than we are improving, so we need to continue to improve with more camps, continuity and teaching. It’s getting harder and harder – we’re not going to continue to be undefeated forever at the U16 and U17 levels like we have been since 2009.

“This is a very important weekend for us, also for our athletes to test themselves and continue to learn how to play with other good players.”

USA Basketball will conduct drills, practices, competitive scrimmages, educational programming and life skill development over the course of the weekend, along with sessions devoted to the parents of elite prospects to help support their children’s growth on and off the court.

The fact that attendees are trying out for future USA Basketball teams, as well as other camp and event invites, creates an intensely demanding atmosphere in which players often face the strongest level of competition they’ve seen to this point in their careers. Most players will be evaluated for the first time by NBA teams, who are permitted to send one representative each to scout the event, even though they are not expected to be able to draft players straight out of high school again for many years, if at all.

Twenty-one players currently ranked as five-star prospects in the ESPN 2023, 2024 and 2025 recruiting rankings are slated to attend. In the past, lesser-known prospects such as Holmgren, Jaden Ivey and Anthony Edwards have used the event platform to springboard themselves into greater national exposure.

The 62 attendees will be split into two groups, older players and younger ones, conducted in separate sessions. Standouts can position themselves for consideration for two FIBA events USA Basketball will participate in next summer, the U16 FIBA Americas Championship, and the FIBA U19 World Cup, along with the Nike Hoop Summit slated to be conducted in Portland next April.

Much has changed in the youth basketball industry since the last Junior National Team Minicamp in 2019. Sweeping changes in NIL rules, allowing high school players to earn significant amounts of money in some states, have occurred, while G League Ignite and Overtime Elite have emerged as attractive alternative pathways to college basketball for elite prep players.

USA Basketball is in the midst of a transition phase at the junior level, as longtime coach Don Showalter, winner of 10 gold medals with U16 and U17 teams from 2009 to 2019, has moved to an advisory role after compiling a perfect 62-0 record. Longtime assistant coach Sharman White guided USA Basketball’s U16 and U17 teams to gold medals at the FIBA Americas Championship and World Cup the past two summers. Former NBA scout BJ Domingo replaced Samson Kayode, who departed for the San Antonio Spurs front office, as the primary liaison between athletes and the USA Basketball junior national team program in January of 2021.

USA Basketball hasn’t lost a FIBA game at the junior level since 2017, when R.J. Barrett and Canada defeated the U19 team at the World Cup in Cairo.