That’s fair, since statistically (albeit only two games), Mayfield is on pace for career worsts in several major categories.

His total quarterback rating (23.7) ranks 32nd in the NFL and is by far the worst after two games in his career. He opened the 2019 season with a 43 rating, and each of his other seasons has been 61.5 or higher.

Mayfield’s completion percentage (53.6) ranks 34th in the league and is well below his career average of 61.4. His passing yards per game (190) ranks 26th, and his yards per attempt (6.8) ranks 19th, according to ESPN Stats & Information. 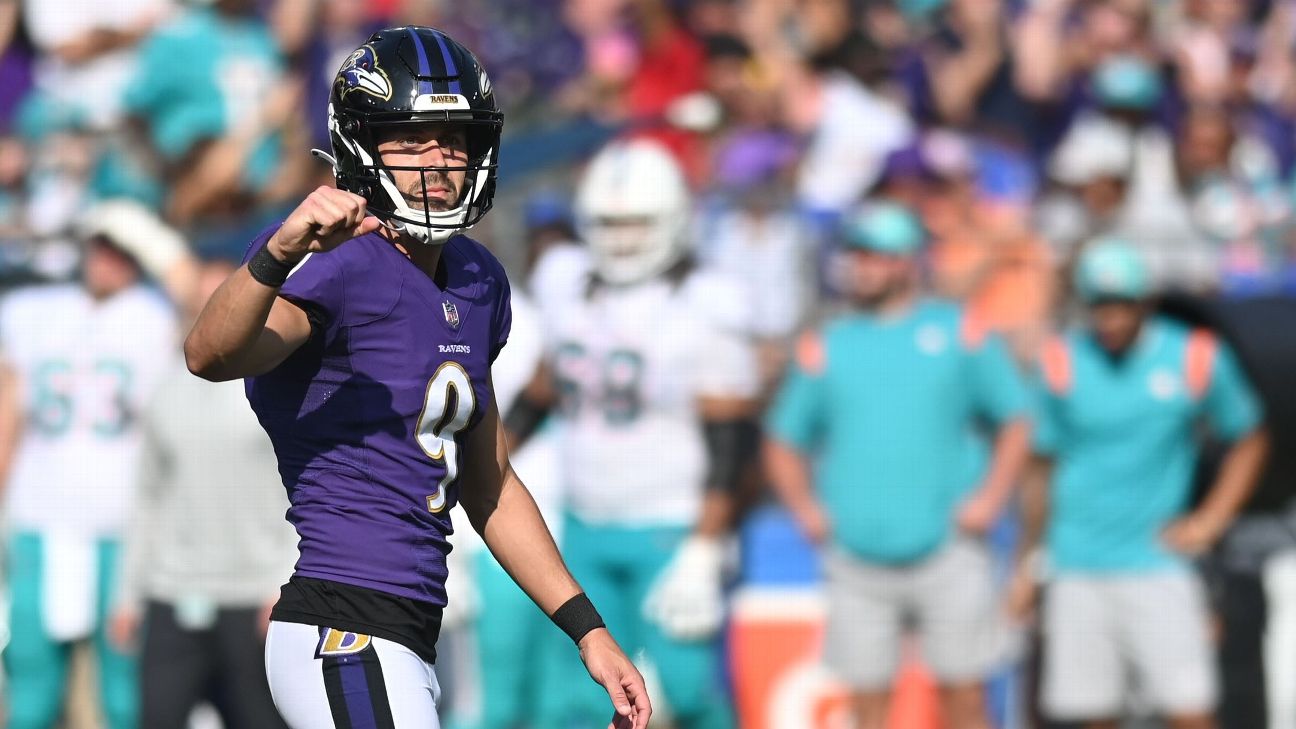 These are big reasons why Carolina ranks 29th in third-down conversions, an area coach Matt Rhule noted as a cause for Sunday’s 19-16 loss to the New York Giants.

Need more? Mayfield’s five fumbles (though all were recovered) are tied for most among quarterbacks in the league.

“I only care about winning, no matter what my stats are,’’ Mayfield said. “I haven’t taken care of the ball well enough. That’s pretty much the only stat I care about.’’

Winning has been a problem for Carolina, as it enters Sunday’s home tilt with the New Orleans Saints (1 p.m. ET, FOX) with nine straight losses, the longest streak in the NFL.

They acquired Mayfield in a July trade with the Cleveland Browns to help end the streak, but now he’s winless after two starts for the first time since the Browns made him the top pick of the 2018 draft.

“I’ve just got to command this group better,’’ Mayfield said. “I have to lead better to make sure everyone’s on the same page, and we are executing at a much higher level. That’s the biggest disappointment for me. That hasn’t shown yet. So I take full ownership for that as an offense.’’

The inefficiency of the offense is not all Mayfield’s fault. He had four dropped passes Sunday, and in several instances, receivers didn’t run their routes correctly.

“Guys are supposed to run 20-yard overs that are 14, 15 yards.’’ Rhule said. “We’re making diving catches for 12 yards for the touchdown. Once that spacing gets right, everyone is where they’re supposed to be, we’ll see Baker really flourish.’’

That Mayfield has been in offensive coordinator Ben McAdoo’s system for only a couple of months and is working with new receivers and backs also is a factor.

“Anytime you get into a new system, it does take live games and real action to get to know, for coach McAdoo, to get to know me and for me to know the system and really just see how this team plays out within these plays and what we’re comfortable doing and what we can be really good at,’’ Mayfield said.

“Yeah, it’s growing pains. The first two weeks were really good tests for us. We just have to keep pushing forward. There’s a lot of ball left.’’