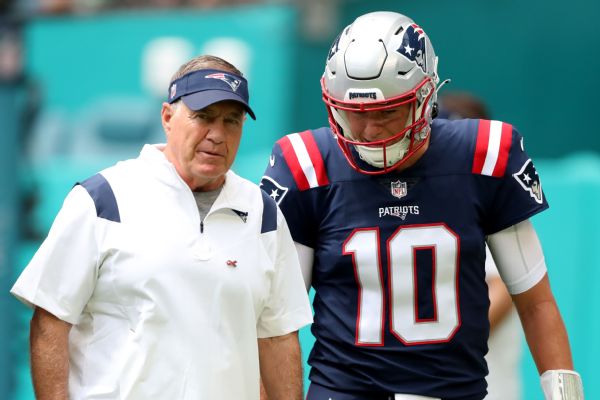 New England Patriots quarterback Mac Jones has been ruled out of Sunday’s game against the Green Bay Packers because of his left ankle injury.

Jones was ruled out after making a surprise return to the practice field Friday. His injured ankle was wrapped tightly as he moved gingerly during the brief portion of the workout open to media, and he was officially listed as not practicing by the Patriots.

Veteran backup Brian Hoyer had been designated by coach Bill Belichick as the starter against Green Bay if Jones couldn’t play.

Before practice, Belichick said the Patriots were still in a wait-and-see mode regarding Jones’ potential availability.

“Ultimately, that will be a decision made by the medical people, in consultation with Mac, of course,” Belichick said. “He’s no different than any other player. I mean he is, but I’m just saying the process is the same. Medical evaluation, talk to the player, and as a coach you, at whatever point, get the information that you get and you make a decision, if there’s a decision to be made.”

Jones, in his second year with New England, was injured when Baltimore‘s Calais Campbell fell on his ankle late in the Patriots’ 37-26 loss to the Ravens last week.