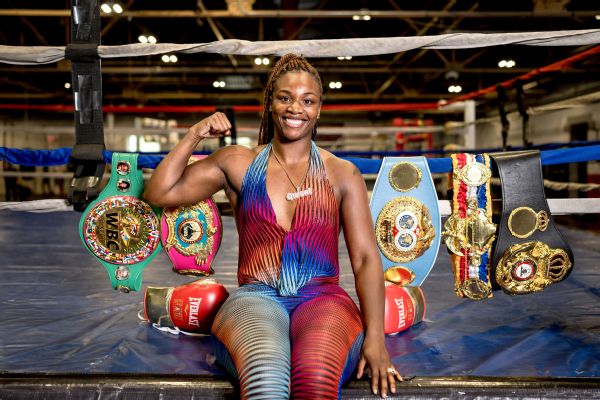 There will be more than the undisputed middleweight championship on the line when Savannah Marshall and Claressa Shields fight at the O2 Arena in London next Saturday.

The WBC has announced they have created the Elizabethan Belt to award to the winner of Shields-Marshall in honor of the late Queen Elizabeth II, who died on Sept. 8.

Queen Elizabeth II’s death ended up postponing the Marshall-Shields fight — and the entire card — after the British Boxing Board of Control decided to push all fights off of the weekend following her death. The fights were rescheduled for Oct. 15.

“I think the belt is brilliant, The WBC always pulls out the stops,” Marshall said in a statement. “It’s one of a kind and it’s staying in the UK. How can she walk away with that? That can’t leave this country, it wouldn’t be right.”

The purple belt has small markings of both the flags of the United States (Shields) and Great Britain (Marshall) on the sides with Queen Elizabeth’s name, crown and years of her life in the middle of the belt.

WBC president Mauricio Sulaiman said in a statement the belt was created to “render homage to one of the greatest human beings that ever lived, here where boxing was born.”

The fight is the main event on an all-women’s card next Saturday also featuring the junior lightweight unification fight between Mikaela Mayer and Alycia Baumgardner.