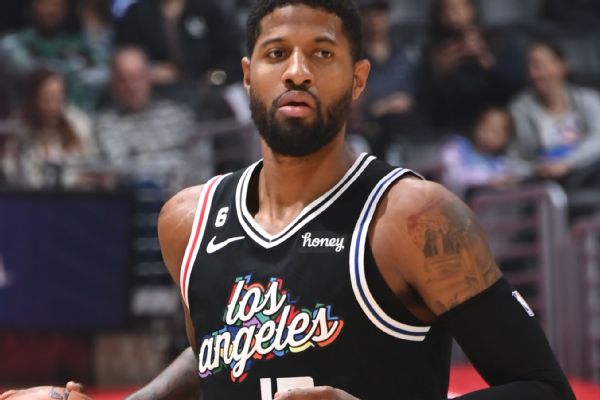 LOS ANGELES — LA Clippers guard Paul George was ruled out for Monday’s game against the Utah Jazz due to a right hamstring strain.

George played one half and scored 21 points before being held out of the second half of Saturday’s win over the Spurs due to what the team called right knee soreness.

George was initially listed as questionable on the injury report before his status was updated.

After Saturday’s win, head coach Ty Lue said he didn’t have all the details yet on George’s injury but that he thought George “tweaked” his injury and that the guard told him he is “OK.”

“He’s doing OK,” Lue said. “I haven’t seen what they [medical staff] said what happened to him, but I just know he had like a little tweak. But he says he is OK.”

The Clippers will be shorthanded at guard with Luke Kennard also out due to a right calf strain.