USA starts Turner in goal, Sargent up front against Wales 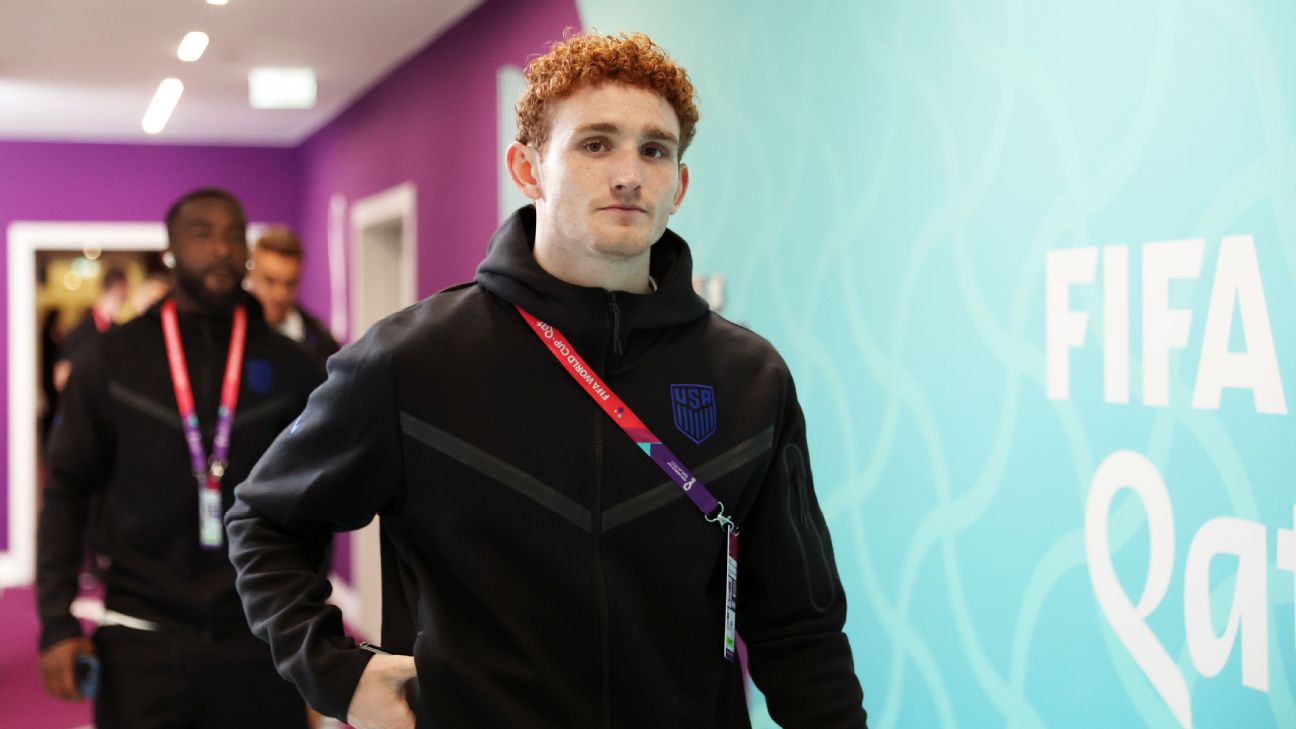 Norwich City frontman Sargent was picked over FC Dallas‘ Jesus Ferreira and Haji Wright, who plays for Antalyaspor in Turkey, while Arsenal keeper Turner got the nod ahead of New York City FC‘s Sean Johnson and Luton Town’s Ethan Horvath.

– Borden: Who feeds the USMNT? The cook behind the squad
– Behalter believes U.S. can beat anyone on their best day

Fulham captain Tim Ream will start at center-back ahead of Aaron Long and play alongside Nashville defender Walker Zimmerman. There was less mystery around the remainder of Berhalter’s starting XI, with Christian Pulisic, Weston McKennie, Timothy Weah, Yunus Musah, Sergino Dest and Antonee Robinson all in the XI. Tyler Adams will captain the U.S. side from the midfield.

Borussia Dortmund’s Giovanni Reyna and Adams’ Leeds United teammate Brenden Aaronson were left out of the starting lineup by Berhalter and could provide a spark for the team from the bench if needed.

The U.S. takes on a talented Welsh team led by Gareth Bale, who is supported by the likes of Aaron Ramsey, Ben Davies, Dan James and a host of other top names who’ve played for some of the biggest teams in Europe.

Following the match against Wales, the U.S. faces England on Friday followed by their group-stage finale with Iran on Nov. 29.