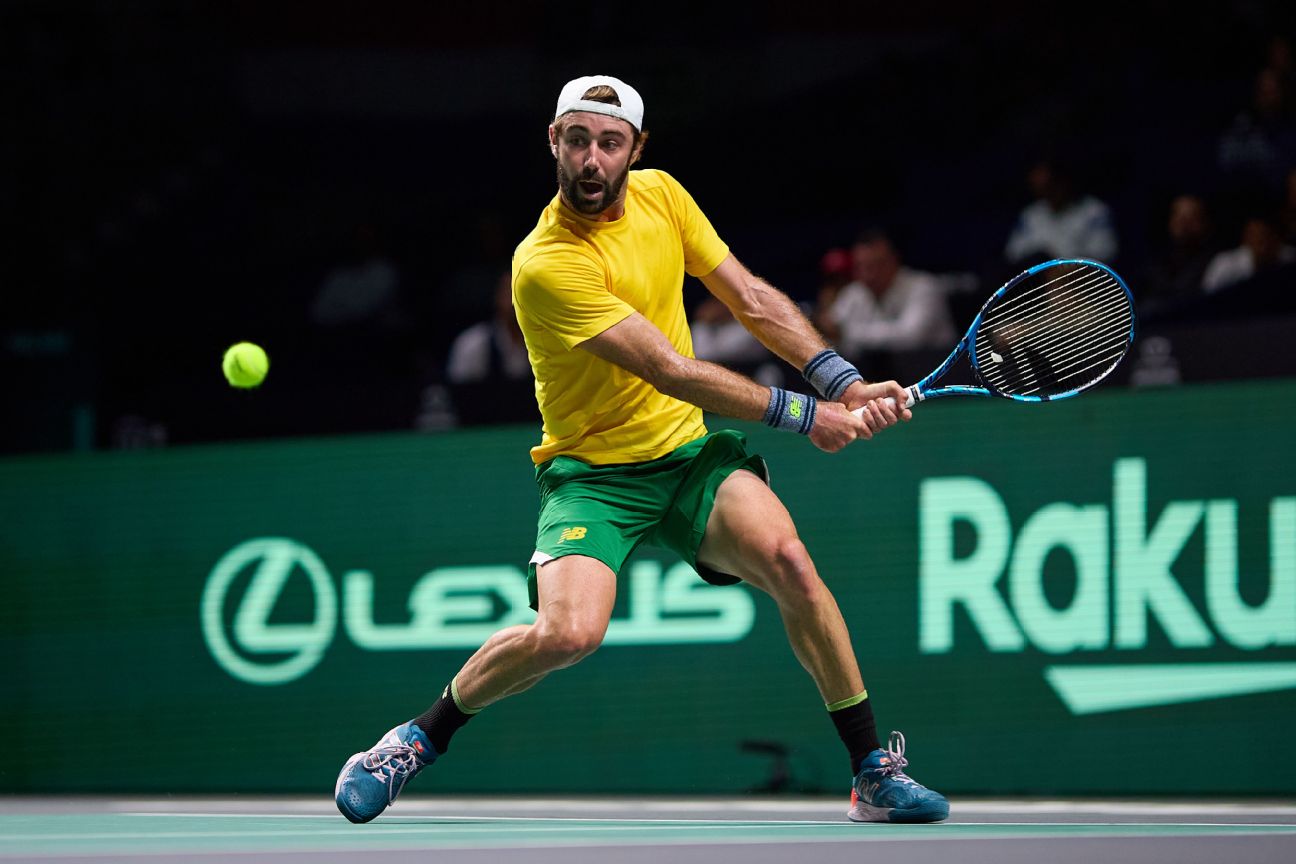 MALAGA, Spain — Jordan Thompson came from a set down to defeat Tallon Griekspoor 4-6, 7-5, 6-3 and give Australia a 1-0 lead over the Netherlands in the Davis Cup quarterfinals on Tuesday.

The Australian hit 16 aces to overcome his Dutch opponent in a hard-fought match that took almost three hours.

Alex De Minaur can clinch a semifinal spot for Australia with a victory over Botic Van De Zandschulp in the second singles match.

It would be the first semifinals for the Aussies since 2017. Australia is the second most successful nation in the team competition with 28 titles but the last triumphs dates to 2003.

The winner of the tie will meet either Spain or Croatia in the semifinals. The quarterfinal tie between the 2019 champion Spain and 2021 runner-up Croatia is Wednesday.

Thompson got the decisive break to jump to a 4-2 lead in the final set and held on. After losing the opening set, the Australian came back with a break in the 12th game of the second set.

It the tie is at 1-1, Wimbledon champions Matthew Ebden and Max Purcell will team up for Australia to face Wesley Koolhof and Matwe Middelkoop in the decisive doubles.

The quarterfinals wrap up Thursday, when the U.S. meets Italy, and Canada plays Germany. The semifinals are Friday and Saturday, and the title will be decided Sunday.