MEXICO CITY — The San Francisco 49ers are headed home with a win — and tied for first in the NFC West — after defeating the Arizona Cardinals 38-10 at Estadio Azteca on Monday night.

With 78,427 fans in attendance for the NFL’s final international game of the season, the Niners (6-4) extended their win streak to three games and leaned heavily on wide receiver Brandon Aiyuk and running backs Deebo Samuel and Christian McCaffrey. The Cardinals fell to 4-7 as backup quarterback Colt McCoy started in place of the injured Kyler Murray for the second consecutive week.

The Niners moved to 4-0 against division rivals, including a Week 2 win over the Seattle Seahawks that gives San Francisco control of its playoff positioning.

For much of this season, the San Francisco 49ers have hovered in the gray area between NFC contender and pretender.

On Monday night, they loudly proclaimed they are, in fact, a team to be feared.

All three phases finally came together in a thrashing of the Arizona Cardinals. The 6-4 Niners have won three in a row and are 4-0 in the NFC West.

On paper, many observers have viewed the Niners as a real threat in the NFC all season but many were still waiting for that all to gel. And though the Los Angeles Rams, Los Angeles Chargers and Cardinals aren’t exactly challenging opponents, the Niners handled each with relative ease.

Now that their week-long trip to Colorado and Mexico City is over, the Niners head home for the holidays, playing five of their final seven games at Levi’s Stadium and none outside of the Pacific time zone.

San Francisco won seven of nine to close last season before making a run to the NFC Championship Game. As November nears its end, the Niners look ready to do it again.

QB breakdown: In a departure from their normal approach, the Niners leaned heavily on quarterback Jimmy Garoppolo in the first half. Garoppolo attempted 21 passes, including nine in a row at one point and three times more than the Niners ran it in the opening 30 minutes. He went 14-of-21 for 153 yards with two touchdowns for a 119.7 passer rating.

It was just the third time in the past two seasons he had 100-plus passing yards and at least two touchdown tosses in the first half. That output set the Niners up to come out of the locker room at half and run the ball right at Arizona. San Francisco ran seven of eight times on its opening possession of the third quarter, finishing with Deebo Samuel’s 39-yard touchdown run.

Garoppolo finished 20-of-29 for 228 yards with four touchdowns and no interceptions for a rating of 131.9.

Describe the game in two words: Total dominance. Those clamoring for the 49ers to be taken seriously in the NFC by blowing someone out got what they wanted Monday night.

Buy the 49ers two-headed backfield monster: Christian McCaffrey played 25 snaps to Elijah Mitchell’s 3 in the first half, but it turned out that was Kyle Shanahan’s plan all along. The Niners used the more bruising Mitchell as a second-half closer of sorts and he joined McCaffrey in salting the game away.

McCaffrey’s versatility paired with Mitchell’s speed and power gives the Niners a combination that could make them a tough postseason out.

Under the radar stat: According to NFL Next Gen Stats, Deebo Samuel reached a max speed of 19.94 MPH on his 39-yard rush touchdown, the highest speed he has reached as a ball carrier this season.

A bad season just got even worse for the Arizona Cardinals.

It’s been one thing for them to lose on Sundays stateside. It was another for them to get blown out on “Monday Night Football” in front of an international audience at Estadio Azteca in Mexico City.

The Cardinals fell to 4-7 after a game that could have been the changing point in an otherwise dismal season for Arizona. Instead of pulling themselves within closing distance of the last playoff spot, the Cardinals showed again that their offense is still a work in progress — four years into Kliff Kingsbury’s tenure.

Unable to get their running game going, the Cardinals left the burden of the offense on McCoy, who took hit after hit behind the patchwork offensive line. And it left the Cardinals pummeled, looking for answers on both sides of the ball with six games left. 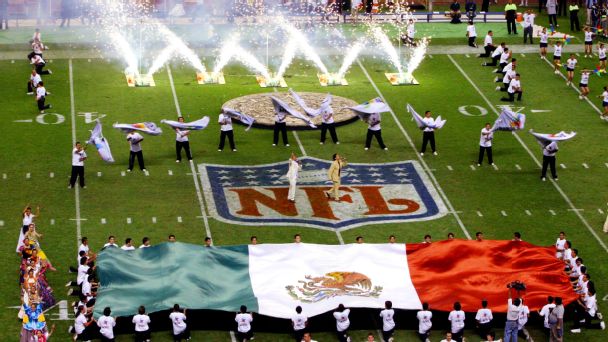 Troubling trend: The Cardinals lost yards on five runs in the first half, all of which happened on first down, putting them in second-and-long situations before they even had a chance to break a sweat. Three of them happened on the same drive. Those five first downs that went for negative runs were on drives that produced a total of three points and an interception.

QB breakdown: When McCoy was upright, he threw for 218 yards and an interception on 24-for-34 passing, even after being sacked three times. He was seen in pain after a couple hits and his inability to evade pressure and make plays with his feet was an issue for the Cardinals all game.

Pivotal play: DeAndre Hopkins’ taunting penalty early in the second quarter moved Arizona from 49ers territory back into its own territory. Two plays later, Colt McCoy threw an interception, which San Francisco turned into a touchdown to take a 14-3 lead and never looked back.

Under the radar stat: After catching seven passes for 77 yards in the first half, DeAndre Hopkins had just two catches for 14 yards in the second half.

Every decision in Qatar analysed