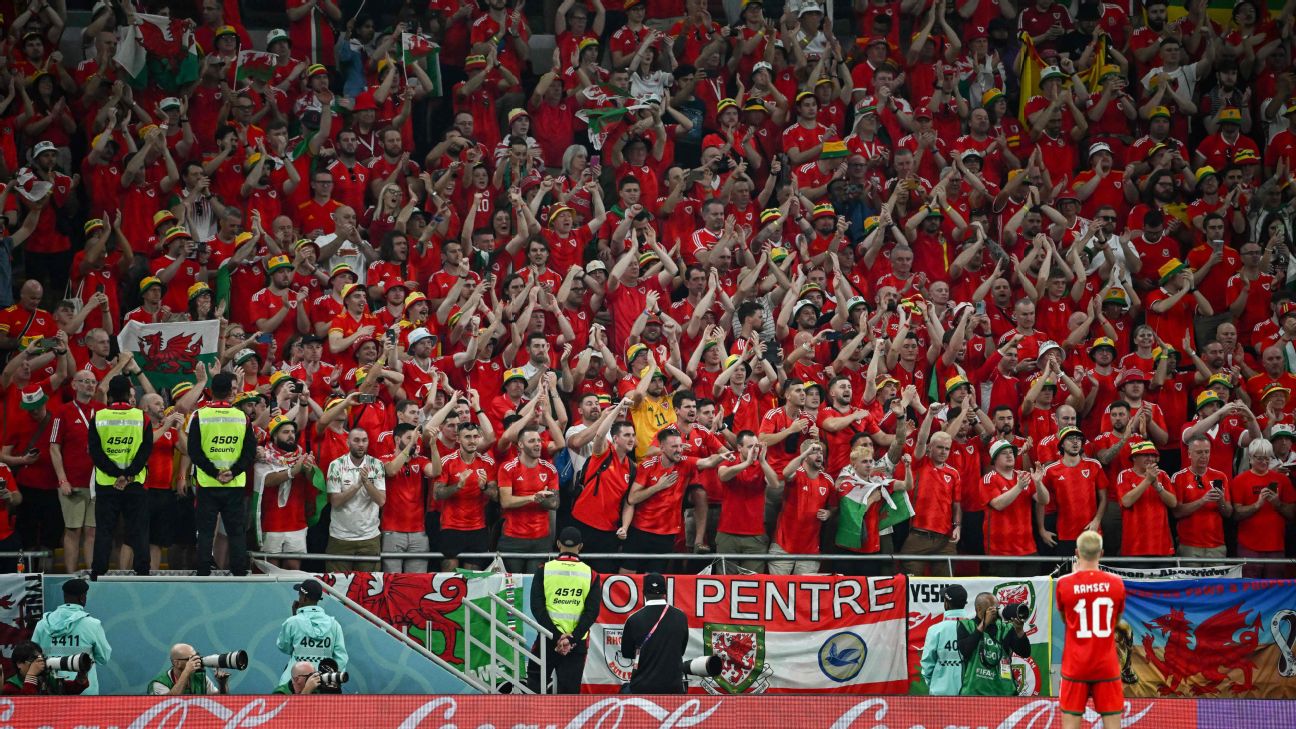 The Football Association of Wales (FAW) has condemned the removal of fans’ rainbow bucket hats before their opening World Cup match against the United States, saying it was “extremely disappointed” by the reports.

Supporter group The Red Wall created the hats in partnership with the FAW to show solidarity with the LGBTQ+ community during the tournament in Qatar. Homosexuality is illegal in the Gulf state and was described as “damage in the mind” by a tournament ambassador before the finals this month.

On Monday England, Wales, Belgium, Denmark, Germany and the Netherlands abandoned a OneLove initiative in which captains were set to wear rainbow armbands against discrimination. Sources also told ESPN that FIFA has demanded Belgium remove the word “love” from the collar of their away shirt.

A statement from the FAW said it would be addressing the matter of fans’ rainbow hats being removed with FIFA on Tuesday.

“On Monday (21 November) Cymru returned to the FIFA World Cup for the first time in 64 years, an historic moment for the squad, the valued fans — The Red Wall / Y Wal Goch — and the nation,” a statement from the FAW read.

“However, the Football Association of Wales (FAW) were extremely disappointed by reports that members of Y Wal Goch, which included FAW staff members, were asked to remove and discard their Rainbow Wall bucket hats before entry to the Ahmad Bin Ali Stadium.

“The FAW has collated information on these alleged incidents and will be addressing this matter directly with FIFA today (22 November).”

Wales drew 1-1 with the U.S. as Gareth Bale scored an 82nd-minute penalty to equalise after Timothy Weah‘s opening goal in the first half. They face Iran in their next Group B game on Friday.

The World Cup in Qatar has already been the source of multiple controversies, with FIFA president Gianni Infantino having given an extraordinary opening address at the tournament in which he criticised European nations for their negative discourse around the finals.