Bears’ Velus Jones Jr. tip toes down the line off a reverse for a 42-yard score 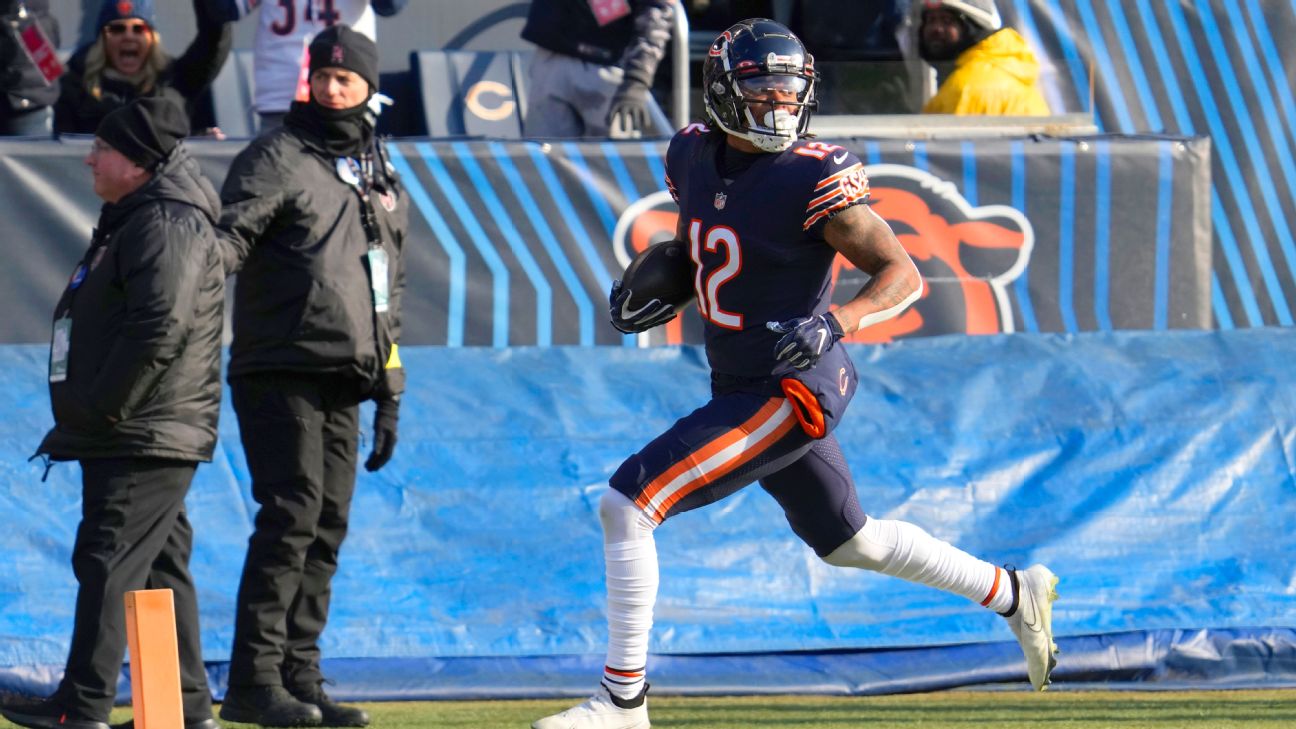 CHICAGO – As a franchise, the Chicago Bears won’t benefit from a potential win over the Minnesota Vikings, but rookie wide receiver Velus Jones Jr. is utilizing one final opportunity in Week 18 to prove his value.

Jones Jr. took a toss from quarterback Nathan Peterman on a misdirection play and went 42 yards down the Vikings’ sideline for the second touchdown of his career with 3:42 to play in the second quarter Sunday. The rookie’s first touchdown was also against the Vikings in Week 5.

Minnesota defenders believed Jones Jr. stepped out of bounds, but the receiver worked his way down the sideline before breaking away en route to the end zone. The Bears set the franchise record for the most rushing yards in a season on Jones Jr.’s touchdown.

The Vikings were offsides on Cairo Santos’ made point-after, a penalty which coach Matt Eberflus accepted. However, the Bears did not convert on their subsequent 2-point attempt when Peterman couldn’t connect with tight end Cole Kmet. Chicago ran off the field following Jones Jr.’s touchdown trailing 16-6.

Chicago currently holds the No. 2 pick in the draft. If the Bears lose to Minnesota and the Texans beat Indianapolis, Chicago will jump ahead of Houston in the draft order for the No. 1 pick.