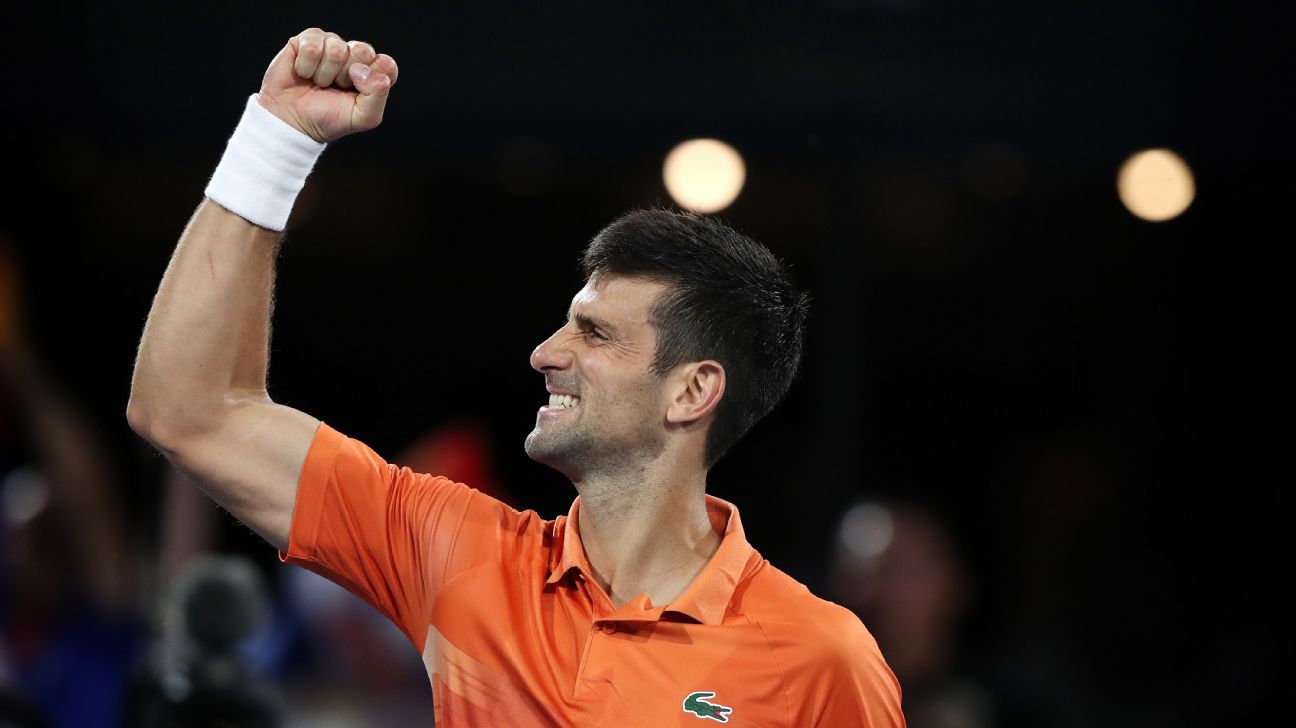 ADELAIDE, Australia — Novak Djokovic showed no signs of an injury that might derail his Australian Open campaign when he beat unseeded American Sebastian Korda 6-7 (8), 7-6 (3), 6-4 Sunday to win the Adelaide International.

Djokovic worried Open organizers when he said after his semifinal in Adelaide against Daniil Medvedev that he had been troubled by a tight hamstring. He said the injury eased as the match progressed.

If there had been any lingering issue, it likely would have been exposed in Sunday’s marathon final that stretched over more than three hours and finished with Djokovic claiming his 92nd career singles title.

He also took his second Adelaide title 16 years after his first; he won the tournament in 2007, aged 19.

Djokovic had to save a match and championship point at 5-6 in the second set Sunday and was fully stretched by the 22-year-old Korda, son of 1998 Australian Open champion Petr Korda.

The match turned on a handful of points. Djokovic held serve to love in his first four service games of the final set and then held serve after being taken to deuce by Korda in his fifth service game.

Djokovic then rallied from 15-40 down at 5-4 in Korda’s next service game to win four-straight points and take the set in 51 minutes — and the match in 3 hours, 9 minutes.

“I hope everyone enjoyed the show tonight, it’s been an amazing week,” Djokovic said. “Seb’s had an amazing tournament and put in an amazing effort today.

“I think he was closer to victory at times today than I was. It was only a couple of shots, a couple of points.”

Djokovic at times showed irritation with this coach Goran Ivanicevic who supported him from a courtside box or remonstrated with himself after a wasted point.

“I’d like to thank my team for handling me, tolerating me in the good and bad times today. I’m sure they didn’t have such a blast with me going back and forth with them but I appreciate them being here.”

His serve was reliable at the start of the first set and he didn’t concede a point on first serve until Korda broke him to lead 5-4. Djokovic immediately broke back and took the set to a tiebreaker.

Korda had an early lead and five set points but Djokovic saved them all and leveled the tiebreaker at 6-6. Djokovic framed a forehand that sailed into the crowd and gave Korda another advantage, allowing the American to take the tiebreaker 10-8.

Djokovic saved a match point at 5-6 on serve in the second set, then forced the set into another tiebreaker that he took comfortably.

Korda produced some outstanding service games and troubled Djokovic at times with the kick of his serve. But he was broken for only the second time in the match in the 10th game of the deciding set, with only a couple of points making the difference.