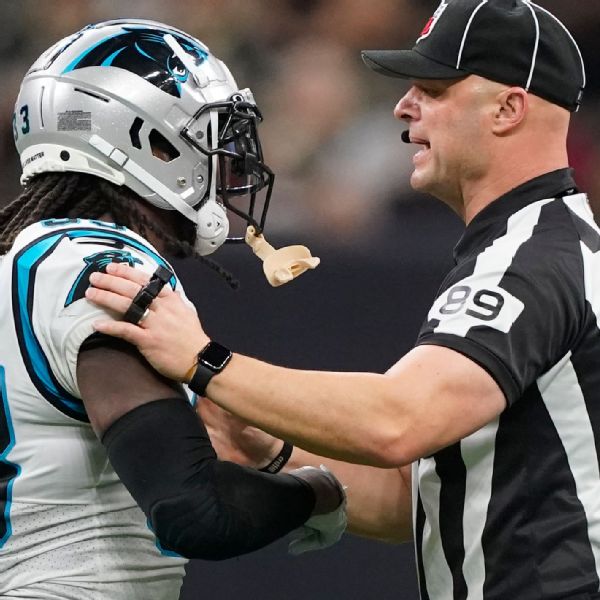 Davenport tackled Foreman for no gain on a 1st-and-10 play for the Panthers around the 12:03 mark of the third quarter. After Foreman popped up, he shoved Davenport in the chest. Both players had words with each other as one of Foreman’s teammates tried to come in between them. Davenport took a swipe at Foreman’s helmet and then Foreman threw a punch at Davenport. Officials got in between them and threw multiple penalty flags, including one of the official’s hats.

The officials declared offsetting penalties and both players were thrown out. The Panthers scored later in the drive to tie up the game at 7.

This is the second time this season that the Saints have been involved in a fight that resulted in disqualifications.

Saints cornerback Marshon Lattimore and Tampa Bay Buccaneers wide receiver Mike Evans were both thrown out of a game on Sept. 18. The two players, who have a long-running feud, ended up in the center of a fight that began when Lattimore made a dismissive gesture at Buccaneers quarterback Tom Brady, causing running back Leonard Fournette and Evans to shove him, sparking a brawl between the two teams.

Foreman and Davenport appear to have no such history in the NFL, with Foreman in his first season in Carolina. Davenport is currently playing out his fifth-year option season with the Saints.