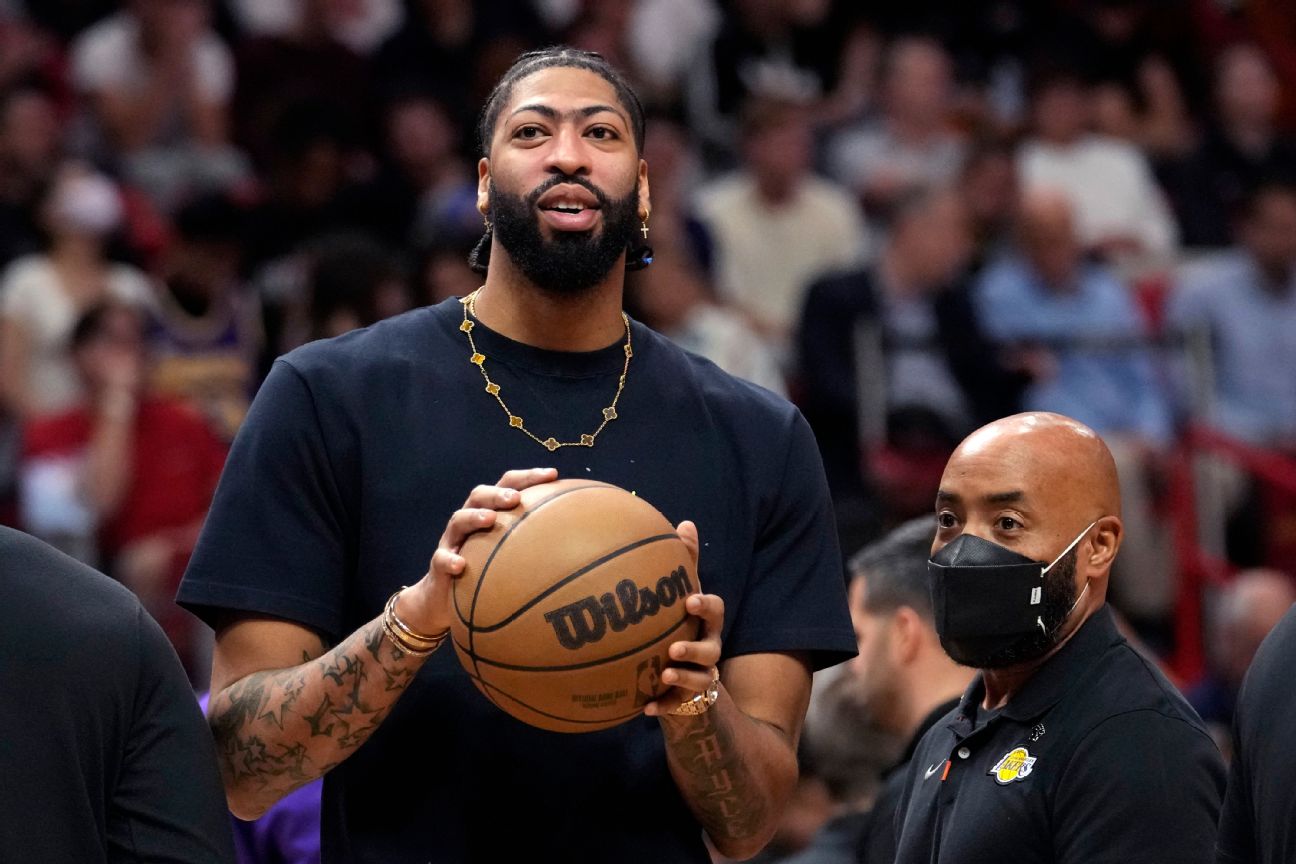 The pain in Anthony Davis’ right foot continues to subside and the Los Angeles Lakers’ star plans to begin the ramp up process to return to play when the team returns to L.A. this week, league sources told ESPN.

Davis missed his 12th straight game on Saturday — a 136-134 win for the Lakers over the Sacramento Kings – because of a bone spur fractured off the navicular bone in his right foot, as well as a stress reaction.

The Lakers have won a season-best five straight games without him, going 7-5 overall heading into Monday’s game against the Nuggets, wrapping up a two-game road trip.

Davis’ injury occurred the last time L.A. played the Nuggets on Dec. 16 when he felt a sharp pain in his right foot after his lower leg made contact with Denver’s Nikola Jokic when the two were matched up in the paint.

Since then, Davis has been limited to spot shooting thus far, sources said, in his on-court work beyond rehabilitating the foot, some 3 ½ weeks after the injury occurred.

The ramp up process will involve aquatic pool workouts and running on an altered-gravity treadmill to keep the big man’s full weight off his foot while it continues to heal, sources said.

There is optimism within the Lakers that the ramp up process could only take a couple weeks before Davis could start penciling a potential return to game action, sources told ESPN.

Thomas Bryant, who two years ago this week suffered a partially torn ACL in his left knee and appeared in only 37 games for the Washington Wizards over the last two seasons because of the injury, has been a capable fill-in for Davis in the interim.

Bryant, signed to a one-year veteran’s minimum contract in the offseason, is averaging 21.2 points on 71.9% shooting and 13.6 rebounds during the Lakers’ current win streak.

“I’ve already kind of had visions of what that could possibly look like with the frontcourt of myself, AD and Thomas on the floor together,” LeBron James said after the win in Sacramento when asked about Bryant’s contributions. “I think it could be extremely beneficial for our ballclub.”

Bryant has yet to be on the court with Davis for even one minute this season, according to NBA.com’s NBA Advanced Stats database.

Before the injury, Davis was averaging 27.4 points, while posting career bests in rebounds per game (12.1) and field goal percentage (59.4%), along with 2.1 blocks per night this season.

“We’re just trying to hold it down until our big guy comes back,” James said of Davis. “And Thomas has definitely done his part and we’re all trying to chip in.”

Fix Next Gen, get Hamilton on top