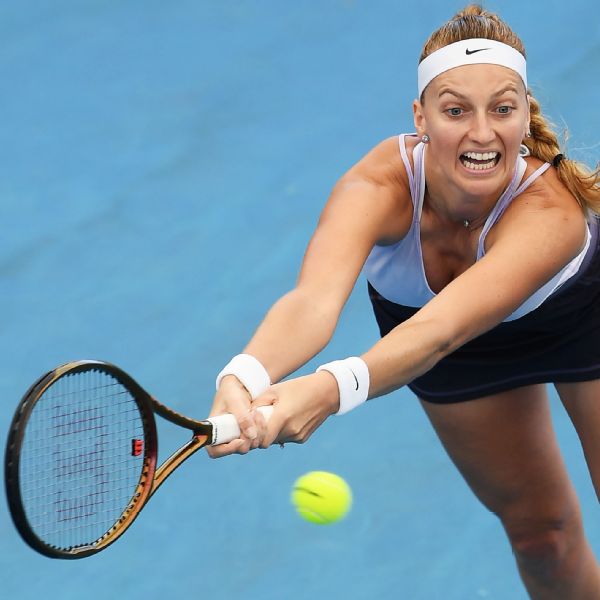 ADELAIDE, Australia — Petra Kvitova issued a reminder of her ability ahead of the Australian Open when she beat Elena Rybakina on Monday in a clash of Wimbledon champions at the Adelaide International.

Former world No. 2 Kvitova also carried form from the recent United Cup, at which she represented the Czech Republic and won a notable victory over third-ranked American Jessica Pegula.

Rybakina became the first player from Kazakhstan to win a major title when she beat Ons Jabeur at Wimbledon last year. But she struggled to get into Monday’s match against Kvitova, whose serve set up key points.

“I lost (to Rybakina) last season and she played really great, serving really well so I focused on my serve, waited for my chances to break her,” Kvitova, said. “And my serve worked very well today. It’s what I’m very happy with.

“It was about (dominating) the serve and first one or two points of the rallies.”

Most players have hailed the United Cup mixed teams format as a success and welcomed the unusual experience of male and female players working together as teammates.

“I enjoyed the United Cup and playing with the guys,” Kvitova said. It was a different vibe and gave me great practice, great attitude as well so I came here playing very well.”

Kvitova now will play either Shelby Rogers or Qinwen Zheng in the second round.

At the Hobart International American qualifier Lauren Davis beat fourth-seeded compatriot Sloane Stephens 6-2, 6-2. It was Stephens’ second consecutive first round exit after her loss as second seed at the ASB Classic in Auckland.