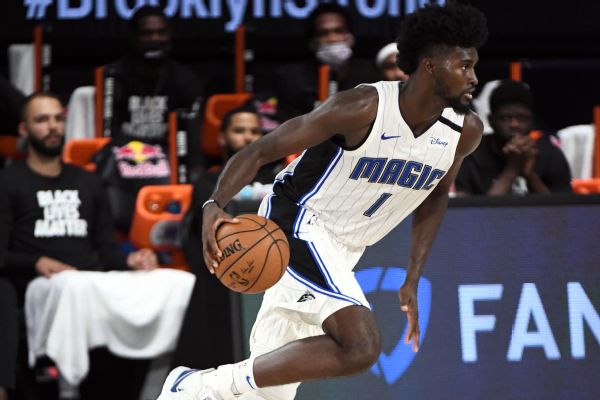 After missing 2½ seasons rehabilitating a severe left knee injury, Orlando Magic forward Jonathan Isaac will play a game for the franchise’s G League affiliate on Wednesday, a step toward an NBA return that’s expected to come in the near future, sources told ESPN.

Isaac is likely to play two games for the Lakeland Magic on a comeback that’s been in the making since tearing his left anterior cruciate ligament on Aug. 2, 2020 in the NBA bubble.

Isaac, a 6-foot-10 forward, has been practicing with the Magic since early December — a team that includes only two remaining players since he played his last NBA game over two years ago.

Isaac, 25, had shown the promise of a future All-NBA defensive team, but injuries have repeatedly stymied his career arc. In 136 games, Isaac has averaged 9.3 points, 1.5 blocks and 1.1 steals. Isaac is in the second season of a four-year $70 million contract. Isaac was the sixth overall pick in the 2017 NBA Draft out of Florida State.

Isaac will return to a Magic franchise that’s moved into a full rebuild, including a 15-26 record to start the season. Orlando has begun reshaping the franchise around 2022 No. 1 overall pick Paolo Banchero.

It's Kyrie Irving's time to shine