CHARLOTTE, N.C. — For 12 games, the pressure was on Steve Wilks to prove he could do an “incredible job” as interim coach. That’s what Carolina Panthers owner David Tepper said Wilks would need to do in order to consider him for the full-time job.

In the eyes of the players and many around the NFL, Wilks did that in his 12 games at the helm, winning more games (six) than former coach Matt Rhule did in each of his two-plus seasons (5-12, 5-11, 1-4) while getting Carolina (7-10) within one win of making the playoffs as the NFC South champions.

Now the pressure is on Tepper to make an incredible choice to lead the team moving forward.

The search is already underway, as former Indianapolis Colts and Detroit Lions coach Jim Caldwell was scheduled to interview on Monday, according to a league source with knowledge of the situation, and Wilks is set to interview on Tuesday.

All we know for sure is the list of candidates won’t be large, according to general manager Scott Fitterer, who said early indications from representatives of candidates are that the job is attractive.

“We’ve had agents [of candidates] that have reached out to us,” Fitterer said. “This is a very attractive job on the outside where people are looking at it as, ‘Hey, this is a young team, this division is up for grabs the next few years, there’s not a dominant quarterback [going forward in the division].’

“They look at our defense, they look at the offensive line, some of the pieces we have and the way we’re growing right now. And with a few tweaks here and there, this is a division we can take over. That opportunity is there.”

There still are unanswered questions beyond who the next coach will be — the biggest being who will be the long-term solution at quarterback in what has been a revolving door the past three seasons.

Sam Darnold made a case for at least getting a shot at the job, going 4-2 despite winning the finale 10-7 at New Orleans with a 2.8 passer rating.

But the 2018 No. 3 overall pick is set to become an unrestricted free agent, so the only quarterback under contract with Carolina for the 2023 season is 2022 third-round pick Matt Corral, who missed his rookie season with a Lisfranc injury in his left foot.

The Panthers have the No. 9 overall pick in the draft, but Fitterer isn’t ready to commit to drafting a quarterback there.

“We have to decide who the head coach is first,” Fitterer said. “That’ll play a lot into that.”

That’s why the pressure is on Tepper. His track record hasn’t been any better with coaches than it has been with quarterbacks — see Teddy Bridgewater, Darnold, PJ Walker and Baker Mayfield — outside of making Wilks his interim coach.

Let’s look at the facts:

Wilks has been Tepper’s most successful decision, and there are no guarantees he’ll get the full-time job despite the wins, improvement in almost every major statistical category and pleas from players to hire him.

“He’s done a nice job,’’ Fitterer granted quickly on Monday. “Out of respect of the process, I don’t want to get too far into it.’’

“Nice” doesn’t begin to describe how the players feel about Wilks.

“He deserves an opportunity because he’s proven what he can do, how the players fight for him,’’ defensive end Brian Burns said. “… Yeah, I think he’s qualified, and he’s proven that in many ways.’’

Linebacker Shaq Thompson said he and other players would let Tepper know how they feel about Wilks, but at the end of the day, they understand they have no control. 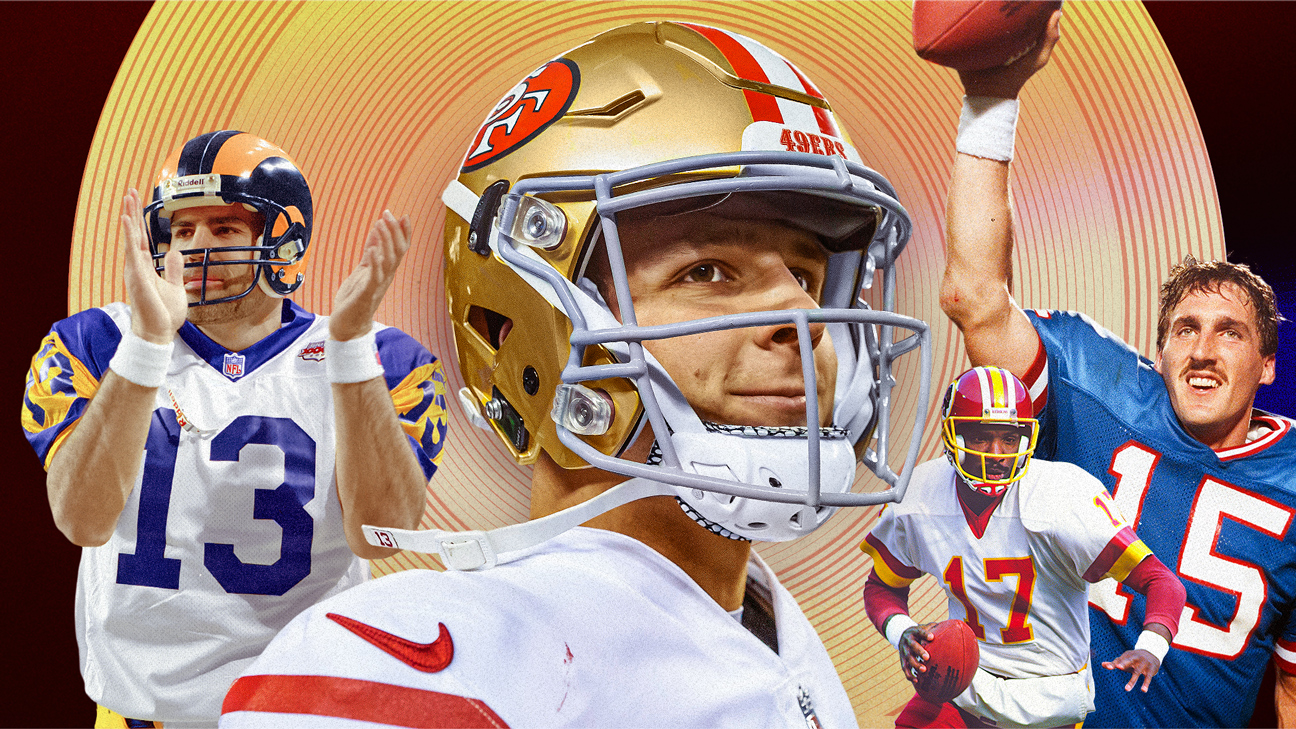 “You always want to see that story end on a good note with him getting the job,’’ cornerback Donte Jackson said. “We’re right on the cusp of becoming a perennial winner. We’ve just got to keep doing what we’re doing.’’

Tepper will undergo an extensive search with his wife, Nicole Tepper, chief administrative officer of Tepper Sports Entertainment, as a part of the process. He has already had a conversation with Michigan coach Jim Harbaugh that a league source said wasn’t an interview, and there’s no indication Harbaugh will get one.

After Caldwell and Wilks, former Colts coach Frank Reich is reportedly set to get an interview.

There are assistant coaches on other teams who might draw interest — per ESPN’s Jeremy Fowler, the Panthers have requested to interview offensive coordinators Ken Dorsey (Bills), Shane Steichen (Eagles) and Ben Johnson (Lions) — but that process can’t begin until after wild-card weekend (Saturday, Sunday and Monday) is completed.

Two candidates outside of the organization, per the Rooney Rule, have to be minority candidates. Caldwell would be one.

Wilks, an internal candidate who is Black and in April joined former Miami Dolphins coach Brian Flores in a suit against the NFL for racial discrimination in its hiring practices after being fired as head coach of the Arizona Cardinals after one season (2018), doesn’t want his candidacy to be about race.

“I hope I play a role in helping all coaches, and not just minority coaches, in the way I lead, the way my players play, and the way we go about our day-to-day operation, and doing it with respect, integrity — all the things you equate to being a good coach,’’ he said.

“I hope I’m more perceived as a good coach and not just a minority coach.’’

Whether he has done the “incredible’’ job Tepper indicated he had to in order to go from interim to full-time, Wilks had one of the few light moments in what might have been his final news conference for the Panthers.

“What I consider ‘incredible’ and the things that I do around the house, my wife doesn’t see it that way,’’ he deadpanned. “So it just depends on how you perceive what’s incredible. I’ll let him determine that factor.’’

The team’s future depends on Tepper making the right call.

Ramla Ali, Ebanie Bridges, Gabriela Fundora and other exciting fighters to watch in 2023