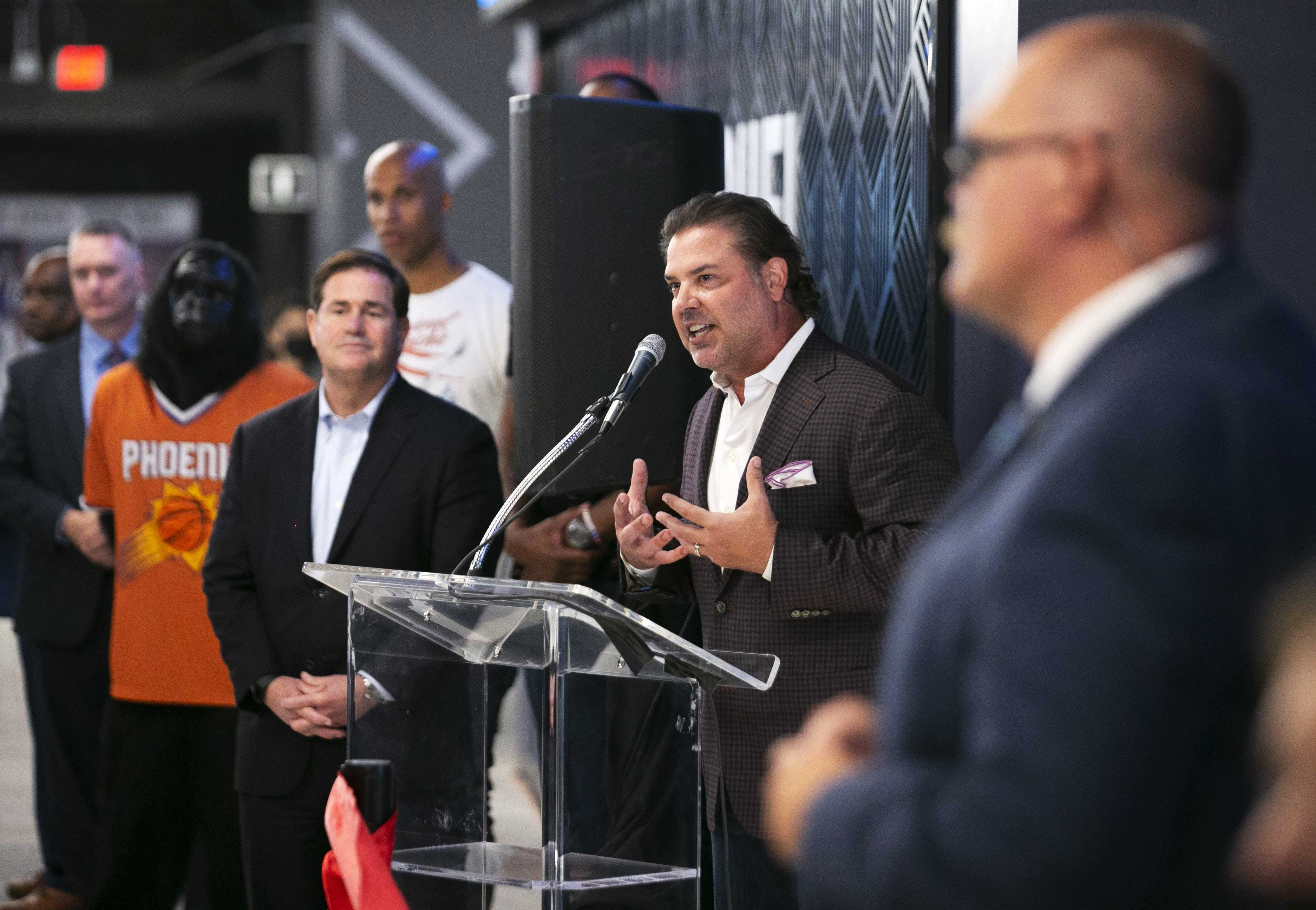 Phoenix Suns president and CEO Jason Rowley told a group of team employees that a recent story placing him at the center of allegations of verbal abuse, retaliation and intimidation in the workplace misrepresented him, and that he would not be resigning from his role, multiple current employees told ESPN.

Rowley made his remarks on Dec. 19, the day ESPN published its story, during a meeting in the Suns’ arena with team employees in management positions, the sources said.

Rowley, who has been with the team since 2007 and team president since 2012, said during the meeting that while a new owner might ultimately oust him, he would not be stepping down, according to the sources.

On Tuesday, the team released a statement to ESPN, attributed to Rowley, that effectively confirms the employees’ account of the meeting.

“I will say this in regards to the closed-door meeting,” the statement said. “I confided in them that the story misrepresented me and others. Also, given that the team is going through a period of ownership transition, I communicated that while I do not know my ultimate fate with new ownership, I will never quit on this team and the people who make up this great organization.”

A day after Rowley’s comments to some team managers, billionaire mortgage lender Mat Ishbia agreed to buy a controlling stake in the Suns and Mercury at a $4 billion valuation from Robert Sarver, both Ishbia and Sarver announced.

During a sale process, the NBA performs criminal, financial and background checks on proposed owners. Prospective buyers also must meet with the league’s advisory and finance committee — a group of nearly 10 owners — and also be approved by a three-fourths vote of the 30 NBA owners. While the timeline can vary, the overall process for a sale to become official after a bid has been accepted can take weeks or months.

ESPN’s Dec. 19 story, based on interviews with more than two dozen current and former Suns employees, outlined specific accounts of alleged misconduct by Rowley and other Suns executives mentioned in the September 2022 report released by the New York-based law firm Wachtell Lipton. The NBA hired the firm to conduct an investigation into the Suns’ workplace and Sarver’s conduct after a November 2021 ESPN investigation.

ESPN also confirmed additional allegations, including verbal abuse of employees, mistreatment of pregnant and postpartum employees, and other instances of retaliation and intimidation. Rowley’s conduct extended beyond misconduct toward women, according to the Wachtell findings and additional ESPN reporting.

The team declined to make Rowley or any of the executives available for comment but said several of ESPN’s questions contained “factual inaccuracies and/or are deprived of important context necessary to understand the totality of situations that are complicated and matters of some dispute.”

Previously, in a September all-employee Zoom call on the day Sarver announced that he would be selling the team, Rowley addressed a question asking whether any executives would be held accountable for alleged misconduct. Rowley noted, in part, that there were items in the report that the organization would be looking into, with potential “corrective action” to follow.

“This is about holding people accountable, from top to bottom,” Rowley said on the Zoom call, “and making sure that we never find ourselves in a situation like this again.”

After the call, and in the days since, some current Phoenix Suns employees have told ESPN that they remained hopeful that new ownership would bring in their own leadership team and replace current executives they believed were complicit in workplace culture issues.

“They want us to feel sorry,” one current employee told ESPN. “I don’t. These stories are true and now that they are exposed, there is no amount of apologies, tears, HR trainings or forged compliments that are going to make me feel otherwise about these people.”

Multiple current employees said they couldn’t recall Rowley expressing contrition during the Dec. 19 meeting with some team managers but rather that the team would be moving forward.

“To me, that would’ve been the point to show some contrition, but he was just in denial,” one of the employees said. “In my mind, I felt like, this is why we arrived to this point in the first place.”

“Let me be clear: As I’ve stated in multiple employee gatherings, if at any point in the past 15 years I have made any of my co-workers feel poorly treated or at all uncomfortable, I apologize for having done so,” Rowley’s statement said. “If ever I appeared heavy-handed or overly direct, I take full responsibility for my behavior.

“Let me also say that contrition in words is important, but it’s even more vital that we walk the walk. I am committed to this job, this team, and my valued co-workers. I will continue to exhibit that commitment through my actions and by my respectful treatment of all around me.”