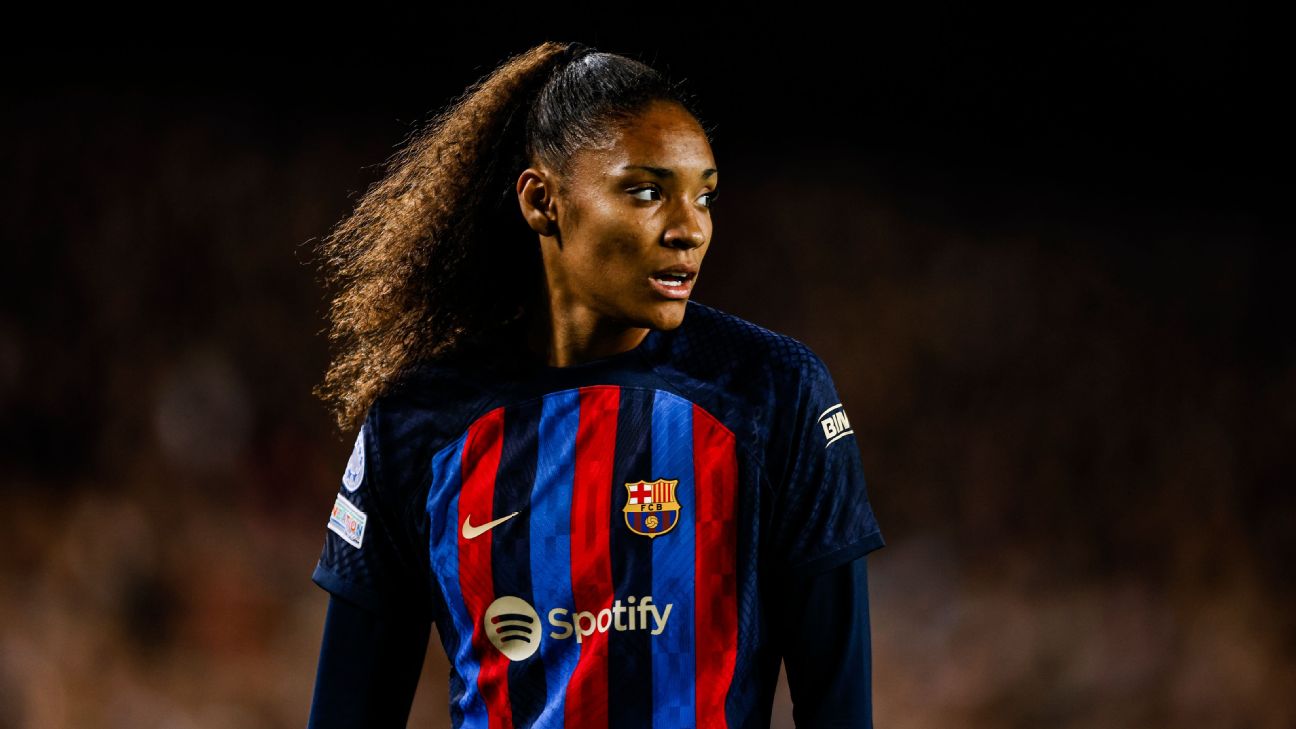 Nine-time winners Barcelona face being thrown out of the Copa de la Reina for fielding an ineligible side in Tuesday’s 9-0 win over Osasuna.

Brazil forward Geyse, who scored one of the nine goals, was sent off in the quarterfinals of last season’s competition while playing for former club Madrid CFF.

The 24-year-old was supposed to serve a one-game ban in the first match of this season’s competition, which for holders Barcelona was against Osasuna in the round of 16 on Tuesday.

Osasuna have lodged an official complaint, appealing for the game to be awarded to them as a walkover.

Barca coach Jonathan Giraldez said the suspension did not appear on the website of the Royal Spanish Federation [RFEF], which oversees the Copa de la Reina.

Sevilla could also be kicked out for the same reason after fielding Nagore Calderon in Tuesday’s 1-0 win over Villarreal to book their place in the last eight.

Calderon was sent off against UD Granadilla Tenerife in last season’s quarterfinal. She came on as a substitute against Villarreal.

Real Madrid were removed from the men’s edition of the competition, the Copa del Rey, in 2015-16 for playing Denis Cheryshev against Cadiz when he was due to be serving a ban due to bookings accumulated with Villarreal while out on loan in the previous campaign.

Madrid took Cheryshev off at half-time after realising their mistake and went on to win the game 3-1, but were later eliminated from the cup, with Cadiz awarded a bye into the next round.

That domination has been mirrored in Liga F, which they have also won three times in a row. They are on a 48-game winning streak in the league, dating back to June 1, 2021, when they lost to Atletico. That was their last loss in any domestic game.