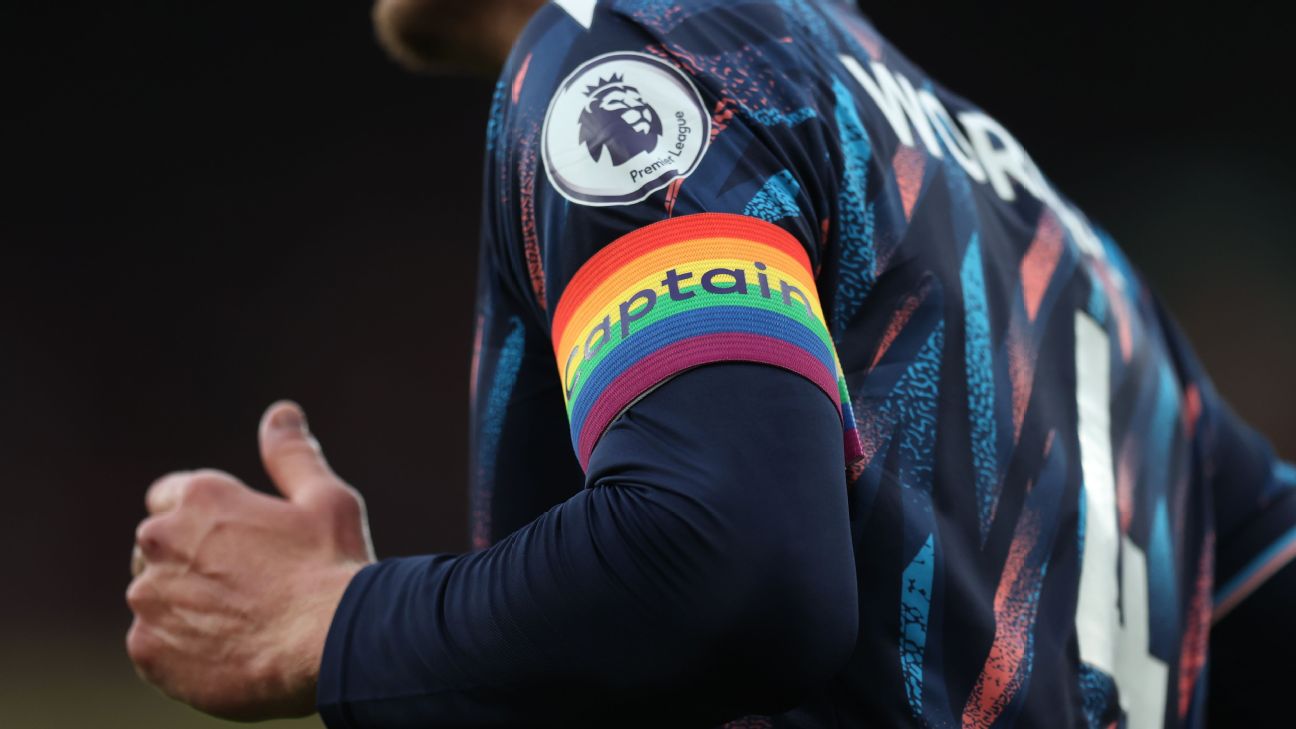 The “rent boy” chant will be considered a breach of the Football Association’s rules, it said on Wednesday in a statement condemning all offensive, abusive and discriminatory chanting in football stadiums.

The FA said those chants can have a “lasting and damaging impact” on people and communities within the game and must be stopped.

“This important step follows the recent successful prosecution of an individual by the Crown Prosecution Service for homophobic abuse, specifically relating to the term ‘Rent Boy’,” the FA said.

“The FA has now informed all clubs that it considers the ‘Rent Boy’ chant to be a breach of the FA Rules.

“These rules apply to the conduct of supporters at both home and away fixtures, and clubs at all levels of English football have a responsibility to ensure their spectators behave appropriately when attending matches.”

The statement came days after the FA said it would open an investigation after supporters were heard using anti-gay language towards Everton‘s former Chelsea manager Frank Lampard during his team’s 3-1 FA Cup loss at Manchester United.

The chant was also heard during the second half of Chelsea’s 4-0 defeat to Manchester City at the Etihad Stadium in the FA Cup third round tie on Sunday.

A statement issued by Manchester City on Sunday read: “Manchester City strongly condemns the behaviour of a minority of fans who engaged in discriminatory chanting at today’s match. We are proud to celebrate inclusivity in football and ask all fans to join us in creating a positive environment and atmosphere, where everyone is welcomed, accepted and has a fantastic matchday experience.”

An FA spokesperson said: “We strongly condemn the use of the term ‘rent boy’ and we are determined to drive it out of our game. We continue to work closely with the Crown Prosecution Service, as well as the UK Football Policing Unit, in relation to the use of this term.”

Is Antony a €100m mistake or the future of Man United?