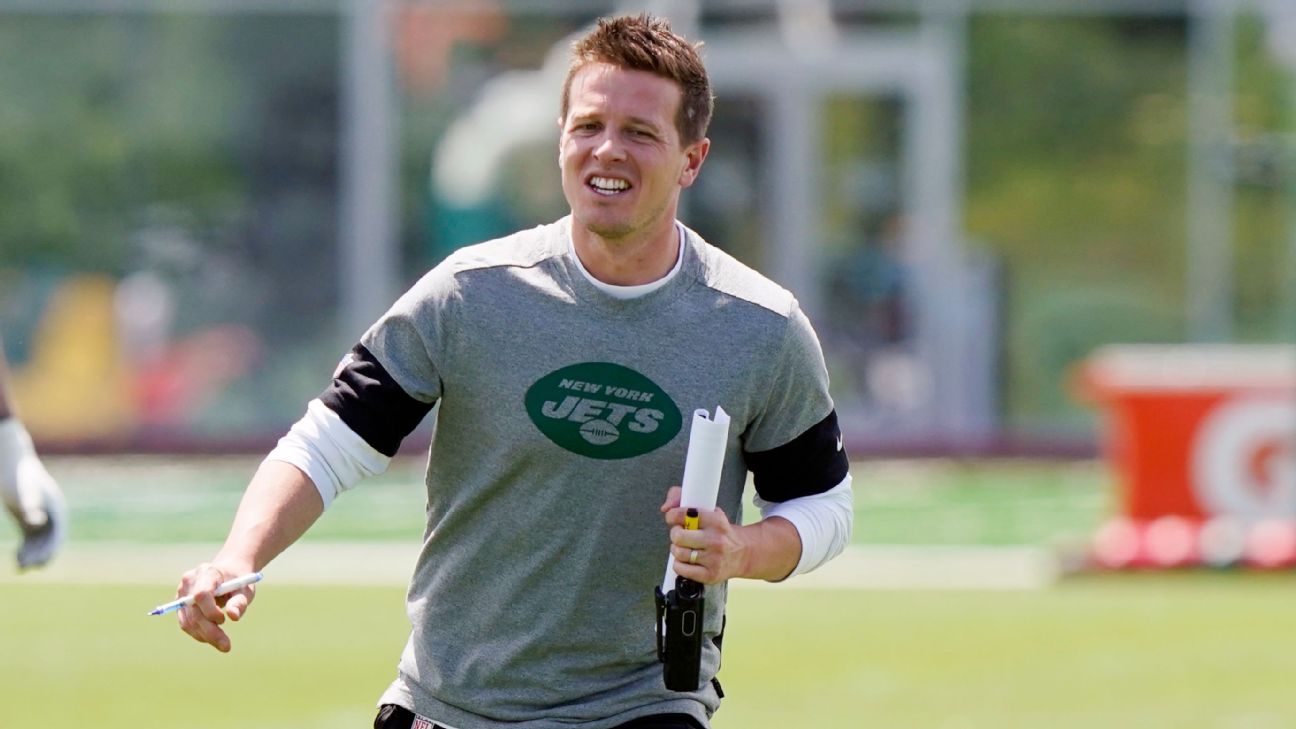 FLORHAM PARK, N.J. — After a season marked by profound struggles on offense and the regression of quarterback Zach Wilson, the New York Jets and offensive coordinator Mike LaFleur parted ways on Wednesday, according to a source.

The recent speculation about LaFleur’s job status prompted teams to inquire about his availability, a source said, and the Jets allowed him to pursue those opportunities. The search for a replacement begins Thursday.

The move came as no surprise, as the Jets showed no statistical improvement under LaFleur, 36, one of the first to join coach Robert Saleh’s staff in 2021.

This was difficult for Saleh, who has known LaFleur for about 20 years. LaFleur is the younger brother of Green Bay Packers coach Matt LaFleur, one of Saleh’s closest friends. A week ago, Saleh publicly advocated for LaFleur, fueling speculation that owner Woody Johnson was pressuring to make a change. The Jets claimed that wasn’t the case, with general manager Joe Douglas saying Monday that Saleh has the final say on coaching-staff decisions.

This means they will have at least two positions to fill on the offensive staff. Saleh indicated he “definitely” wants to hire a senior offensive assistant, essentially to fill the role that was created in 2021 for the late Greg Knapp. Former Houston Texans and Denver Broncos coach Gary Kubiak has been rumored as a possibility, but he’s not expected to come out of retirement.

“This is a production-based business; you’re not going to run from that,” LaFleur said last week. “I grew up in a family of coaches — my dad’s been fired, my brother’s been fired. Every coach is going to be fired at some point and rehired. It’s just the cycle — that’s what it is. That doesn’t keep me up at night or put me to sleep.”

Saleh’s hope was that LaFleur, a first-time coordinator, would grow with Wilson, drafted second overall in 2021. For a variety of reasons, Wilson struggled in both seasons and was benched twice in 2022.

The offense bottomed out during the homestretch, as the Jets failed to score a touchdown in the final three games – the team’s longest drought since 2010. All told, they went the final 31 possessions of the season without a touchdown, the league’s longest streak in 2022.

Without much offensive support, the Jets (7-10) ended on a six-game losing streak, costing them a playoff spot.

LaFleur presided over an offense that finished 29th in scoring and 25th in total yards. In 2021, they were 28th and 26th, respectively.

The Jets showed promise early in the year, but a season-ending injury to running back Breece Hall and a spate of offensive-line injuries made it difficult to sustain. They were 5-2 with Hall in the lineup, 2-8 without him.

They did some good things under LaFleur — wide receiver Garrett Wilson was one of the top offensive rookies in the league — but Zach Wilson’s acute struggles proved too much for LaFleur to overcome. Garrett Wilson hinted the Jets’ offense became too predictable.

“I seemed like (opponents) had an idea of what we were trying to do, and they did a good job of stopping us once they got the film together,” Garrett Wilson said. “At the end of the year, it got real hard for us as an offense.”

Adversity hit early, as Zach Wilson injured his right knee in the first quarter of the first preseason game, resulting in arthroscopic surgery and causing him to miss the first three regular-season games. The Jets opened with Joe Flacco, who was replaced by Wilson, who eventually was benched for Mike White. They went back to Wilson when White was injured, but Wilson played poorly and was benched again.

“Through two years, yeah, we haven’t done our job with him,” LaFleur said of Wilson. “… The players have to meet you in the middle with it, but you want all these guys to play at their absolute best and we all know that Zach hasn’t played at his absolute best.”

Changing coordinators isn’t a new trend for the Jets. LaFleur was their eighth offensive coordinator in an 11-year span.