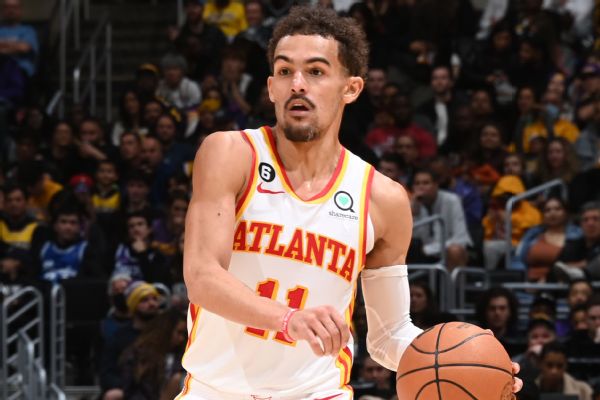 ATLANTA — Hawks guard Trae Young is sidelined with a non-COVID-19 illness and did not play Wednesday night against the Milwaukee Bucks.

“We decided to allow him to rest,” McMillan said.

Rookie guard AJ Griffin is likely to start in Young’s spot. He has a big role to fill considering Young leads the Hawks and ranks ninth in the NBA with a 27.5 scoring average. The two-time All-Star is second in the league in assists with 9.8 per game.

Griffin has averaged 9.9 points in his first season out of Duke.

It is the fifth game Young has missed this season due to injury or illness. The Hawks are 2-2 without him.

Atlanta (19-21) has lost 14 of its last 22 games and is ninth in the Eastern Conference standings.

How to watch PGA Tour's Sony Open on ESPN+