‘No chance’ of Christian Pulisic leaving club after injury 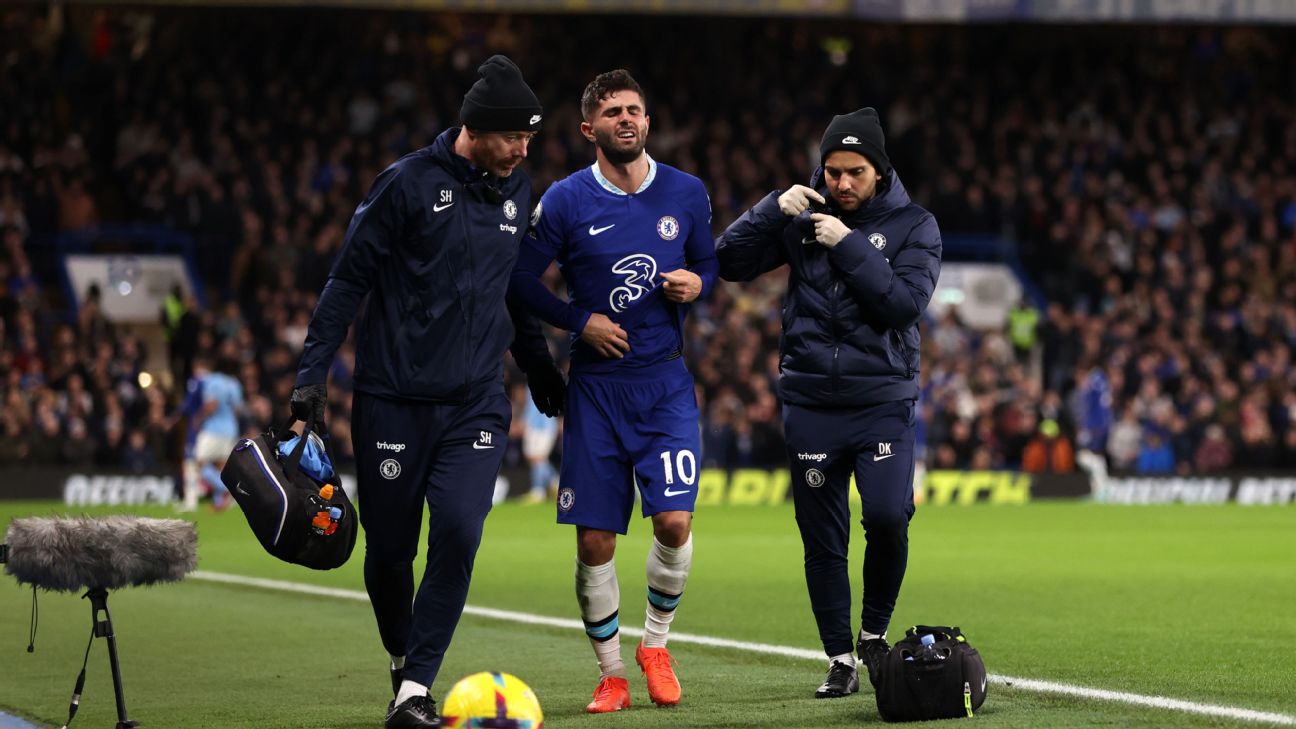 Chelsea manager Graham Potter has ruled out the prospect of Christian Pulisic leaving the club this month following his knee injury.

Manchester United and Newcastle were among the clubs monitoring the United States international as sources told ESPN he was pondering a move to revive his club career, having started just six Premier League matches this season.

However, the 24-year-old is expected to be sidelined for around two months following a problem sustained in last week’s league defeat to Manchester City and Potter dismissed the idea Pulisic could switch clubs before the end of the season.

“No chance [of Pulisic leaving], no,” Potter said. “There was never any consideration of anything about that anyway but he’s a couple of months [out].

“He’s disappointed [to be injured] but he’s optimistic that he can come back quicker than the two months so he’s in that phase where he’s just trying to keep his fingers crossed and hopefully his rehab goes well.”

Chelsea face Crystal Palace at Stamford Bridge on Sunday looking to reverse an alarming run of seven defeats from their last ten games across all competitions, dropping to 10th place in the table.

Pierre-Emerick Aubameyang is enduring a difficult personal spell having been a substituted substitute against City before staying on the bench as Chelsea lost to Fulham on Thursday.

Potter made four changes late in the game but despite his team needing a goal, the striker remained an unused substitute and sources have told ESPN that Aubameyang is growing increasingly frustrated with his role at the club.

Since arriving in a £12 million deal from Barcelona in the summer, Aubameyang has started just four league games. The 33-year-old has scored three goals in 15 appearances to date.

FIFA rules prevent Aubameyang playing for a third different club in the same season and Potter insisted he had a future at Chelsea.

“He’s here, he had a problem with his back after [the league game against] Manchester City and that’s why he was absent [in the FA Cup game against] City,” Potter said.

“Today we just went with Kai. He’s in our squad, he’s an important player for us and I’m pretty sure he can help us going forward.”