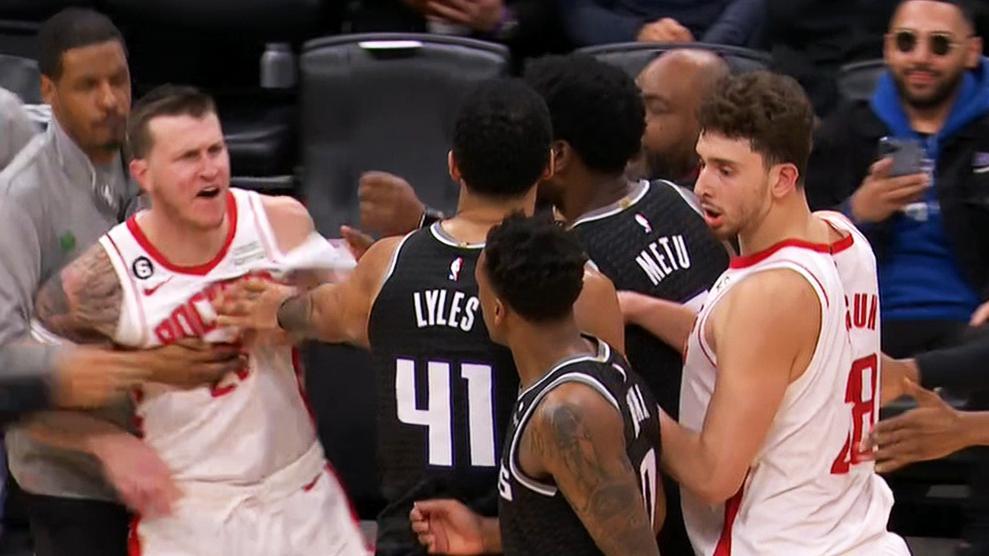 SACRAMENTO, Calif. — Domantas Sabonis recorded his fourth triple-double of the season and the Sacramento Kings beat the skidding Houston Rockets 139-114 on Friday night for their third straight win.

With 11:09 left, Malik Monk, Chimezie Metu, Tari Eason and Garrison Mathews were all ejected. Monk and Mathews went face-to-face after a foul was called on Monk during a fast break.

Jalen Green scored 27 points for the Rockets (10-32), who have lost nine consecutive games and 14 of their past 15. Jabari Smith Jr. had 27 points and eight rebounds.