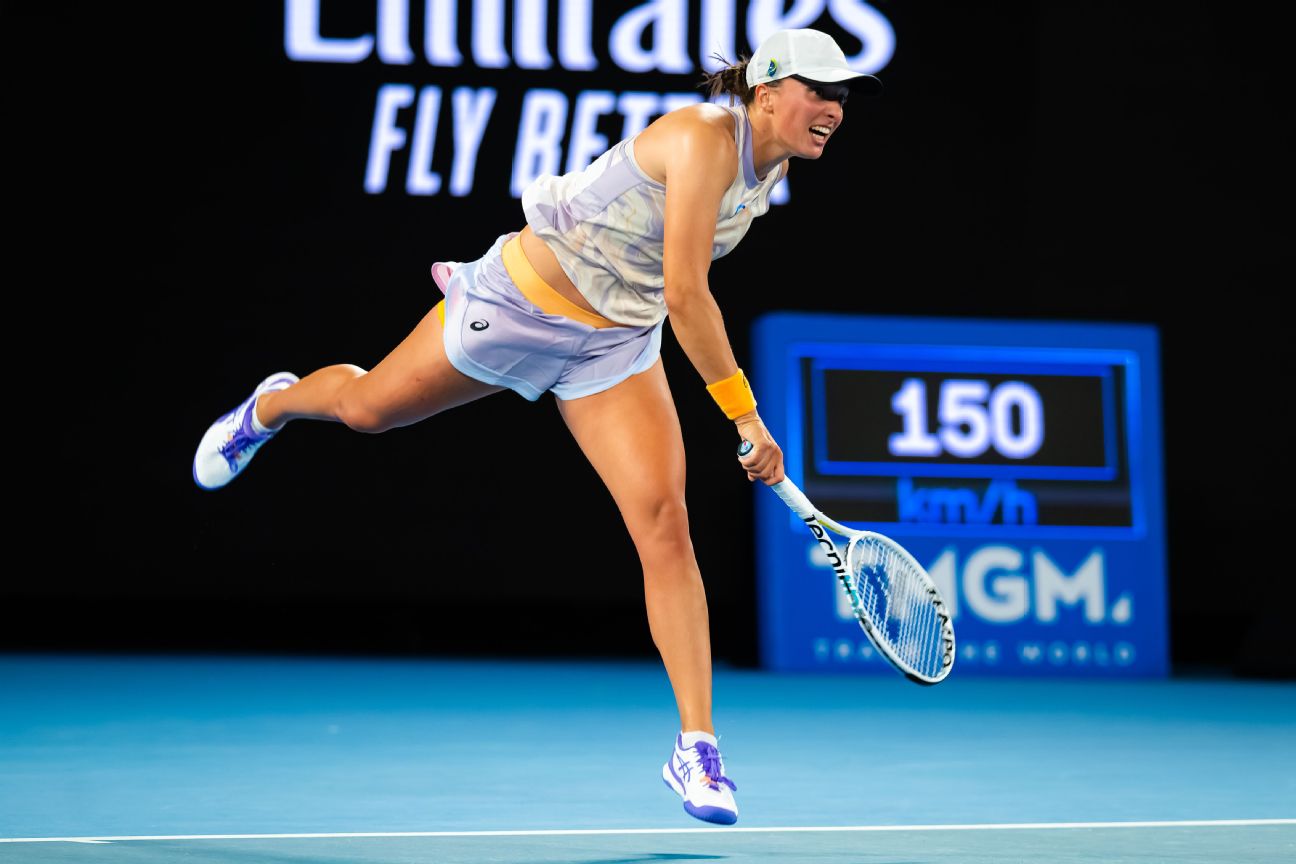 MELBOURNE, Australia — Iga Swiatek went into her first-round Australian Open match with strong memories of what a tough go of it she had against Jule Niemeier the last time they met. So the No. 1-ranked Swiatek came in ready for another tussle, and possibly another three-setter, but grabbed the last four games to beat Niemeier 6-4, 7-5 on Monday in Rod Laver Arena.

Determined, Swiatek said, to “think about what I could do to push her back,” the 21-year-old from Poland took control from the baseline with her forehand late to improve to 15-1 in openers at Grand Slam tournaments, a .938 winning percentage that leads active women.

When they faced each other in the U.S. Open’s fourth round in September, Swiatek needed to come back from a set and a break down before getting past Niemeier in three sets en route to claiming a third major trophy.

On Monday, Niemeier – a 22-year-old German who is ranked 69th and was a Wimbledon quarterfinalist last year – broke to begin the second set, led it 5-3 and served for it at 5-4. But Swiatek smacked a big forehand to force one error and earn a break point, then did the same to convert it.

Swiatek broke again with yet another error forced by a forehand to end the match. She raised her right fist, looked toward her coach and sports psychologist in the stands and let out a yell. When Swiatek sat on the sideline, she closed her eyes and breathed deeply.

The owner of three major titles, and a semifinalist at the Australian Open a year ago, Swiatek now will face 84th-ranked Camila Osorio.