Nick Kyrgios pulls out of Australian Open with knee injury 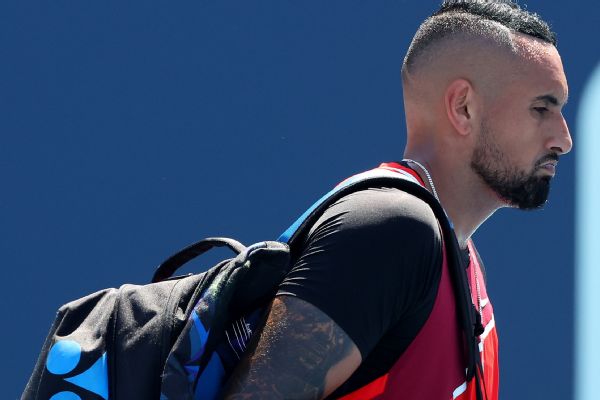 MELBOURNE, Australia — Nick Kyrgios has pulled out of the Australian Open because of an injured knee, a day before he was scheduled to play his first-round match.

Kyrgios was the runner-up at Wimbledon last year in singles and the men’s doubles champion at the Australian Open, and was considered the host country’s strongest chance to win a title at Melbourne Park this year.

Kyrgios announced his withdrawal on Monday, Day 1 of action at the year’s first Grand Slam tournament.

He spoke at a news conference at Melbourne Park, accompanied by his physical therapist.

Kyrgios was seeded 19th in Melbourne and was supposed to face Roman Safiullin in the first round on Tuesday.

“I’m just exhausted from everything. Obviously pretty brutal,” Kyrgios said of the decision to sit out. “One of the most important tournaments of my career. Hasn’t been easy at all.”