Pederson unsure Jags are ‘cockroaches,’ but they ‘keep fighting’ 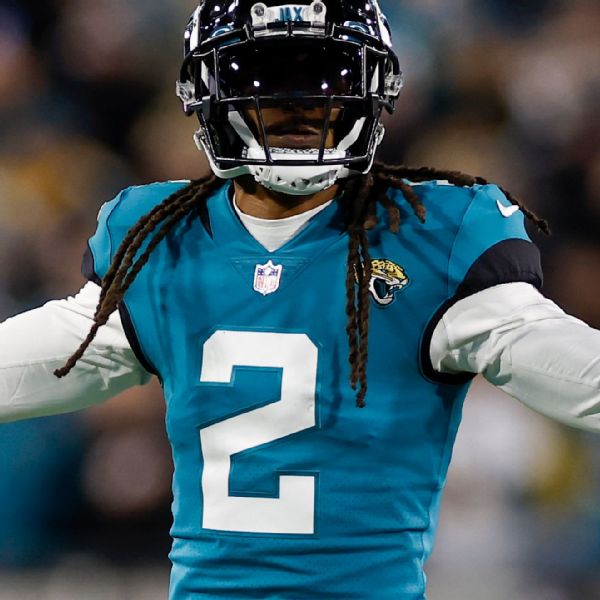 JACKSONVILLE, Fla. — Jacksonville Jaguars coach Doug Pederson winced and shook his head when he was told safety Rayshawn Jenkins described this team as a “bunch of cockroaches” following the team’s 31-30 victory over the Los Angeles Chargers in a Wild Card playoff game Saturday night at TIAA Bank Field.

But, Pederson also grudgingly admitted that Jenkins is kind of … correct.

“I mean, cockroaches are kind of disgusting,” he said with a laugh. “Maybe that’s what we are. I don’t know. I probably would’ve used a different analogy there.”

Language aside, it’s hard to argue Jenkins’ colorful description of the Jaguars over the past 2½ months.

Saturday’s victory marked the fifth time since November began that the Jaguars have rallied to win, and it was definitely the most impressive. They trailed the Chargers 27-0 after five first-half turnovers — including four interceptions by quarterback Trevor Lawrence — before scoring on five consecutive possessions and winning on Riley Patterson‘s 36-yard field goal as time expired.

It’s a marked difference from the way the Jaguars played in the first half of the season. They were 2-6 and each loss was by one score. They blew an eight-point fourth-quarter lead to the Washington Commanders and a 14-0 first-half lead to the Philadelphia Eagles.

The Jaguars started their season turnaround on Nov. 6 at home against the Raiders, who built a 17-0 first-half lead thanks to nine catches for 146 yards and two touchdowns by receiver Davante Adams. The Jaguars went on to out-score the Raiders 27-3 — in part by holding Adams to one catch for zero yards — and win 27-20.

After a loss in Kansas City and the bye, the Jaguars trailed the Ravens 19-10 with 13 minutes to play. The Jaguars eventually won the game on Lawrence’s 10-yard touchdown pass to Marvin Jones Jr. and two-point conversion pass to Zay Jones with 14 seconds to play.

The Jaguars trailed the Cowboys 27-10 with five minutes remaining in the third quarter and it looked like the comeback wouldn’t happen when Lawrence fumbled with 1:28 to play. The Jaguars’ defense forced a three-and-out and Lawrence led a 41-yard drive that ended with Patterson’s 48-yard field goal as time expired to force overtime.

The Jaguars won the game on Jenkins’ 52-yard interception return for a touchdown.

In the Week 18 winner-wins-the-AFC-South matchup with the Titans, the Jaguars trailed 16-10 late in the third quarter but a Tyson Campbell interception of a Joshua Dobbs pass led to a field goal early in the fourth quarter. The Jaguars won the game when Jenkins hit Dobbs on a blitz and caused a fumble the linebacker Josh Allen returned 37 yards for a touchdown with 2:51 to play.

Then there was last Saturday’s rally, which was the third-largest comeback in NFL playoff history.

“One thing you know our team is going to is they’re going to battle,” Pederson said. “They’re going to keep fighting and scratching and clawing and we’re going to give ourselves a chance in the fourth quarter.

“And I hope that’s what (Jenkins) meant by us being cockroaches.”

Ravens teammates stump for Lamar Jackson to get deal