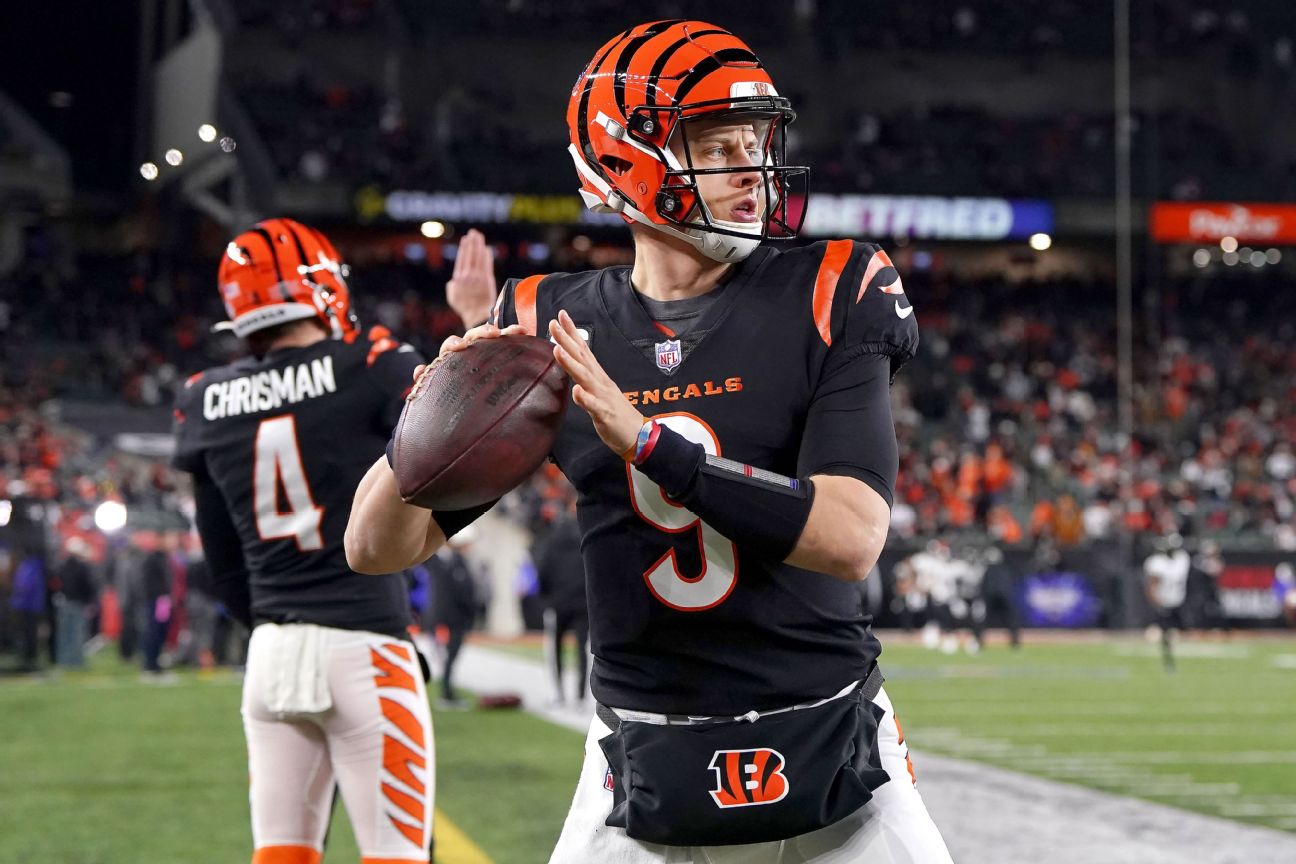 CINCINNATI – Cincinnati Bengals team president Mike Brown hopes quarterback Joe Burrow enjoys a long career in Cincinnati but he understands that it will come at a price for the reigning AFC champions.

In a pre-game interview that aired on the team’s radio broadcast on Sunday, Brown echoed Burrow’s recent comments about the window for a potential Super Bowl run lasting his whole career that exceeds the span of his team-friendly rookie contract. Brown also referenced the balance of Burrow’s impending payday with the ability to sign other top players.

“He’s going to have a long career,” Brown told the team’s radio broadcast. “We certainly want it to be here. I think his window will extend over his whole career. But there is the fact that when you don’t have to pay the quarterback some extraordinary amount, that leaves room to pay other players more and, therefore, you can keep more players that are good players.”

Brown’s comments were aired before the Bengals’ 24-17 win over the Baltimore Ravens in the wild-card round of the playoffs, marking the first time in franchise history that Cincinnati has won playoff games in consecutive seasons.

Burrow was 23-of-32 passing for 209 yards and two total touchdowns in the win that set up the upcoming divisional playoff game against the Buffalo Bills. Burrow, the top overall pick in the 2020 draft, has one year remaining on his rookie contract which includes a fifth-year option that teams can exercise on players selected in the first round. However, because Burrow has now been in the league for three seasons, he is eligible for a contract extension.

The former LSU standout is currently earning $9 million annually on his first NFL deal. That number could jump significantly if the two sides reach a contract extension before the start of the 2023 season.

Burrow also spoke about his future in Cincinnati in an interview ahead of the wild-card game against Baltimore. He told NBC Sports that he plans to be with the Bengals his whole career alongside coach Zac Taylor, who currently holds the franchise record for most playoff wins by a coach (four).

The 26-year-old also referenced some of the financial restraints that Brown referenced.

“Hopefully a lot of our guys are around for a lot of my career as they can be,” Burrow told NBC. “I have a lot of confidence in the front office doing their jobs in the offseason.”

Brown and the Bengals’ administration will have to make decisions on several key contracts in the upcoming years. Wide receiver Tee Higgins and linebacker Logan Wilson, two starters who were also drafted in 2020, will be eligible to receive extensions this offseason. Ja’Marr Chase, who as a rookie set the franchise record for the most receiving yards in a single season, will be up for discussion in 2024.

That young core has played a vital role in Cincinnati’s recent success. Last season, the Bengals won their first playoff game in 31 years. Cincinnati reached the Super Bowl for the first time since 1989. Brown told the team’s radio broadcast that the 23-20 loss to the Los Angeles Rams in the championship game made him hopeful that the team is capable of attaining the game’s biggest heights.

“It made me something of a believer,” Brown said. “My father’s phrase that winning makes believers of us all, it instilled some confidence in me that we can do this.

“We’ll see. Maybe it’ll happen again. I sure hope so. It’s very exciting when you get that opportunity to have a long run and go to the Super Bowl.”