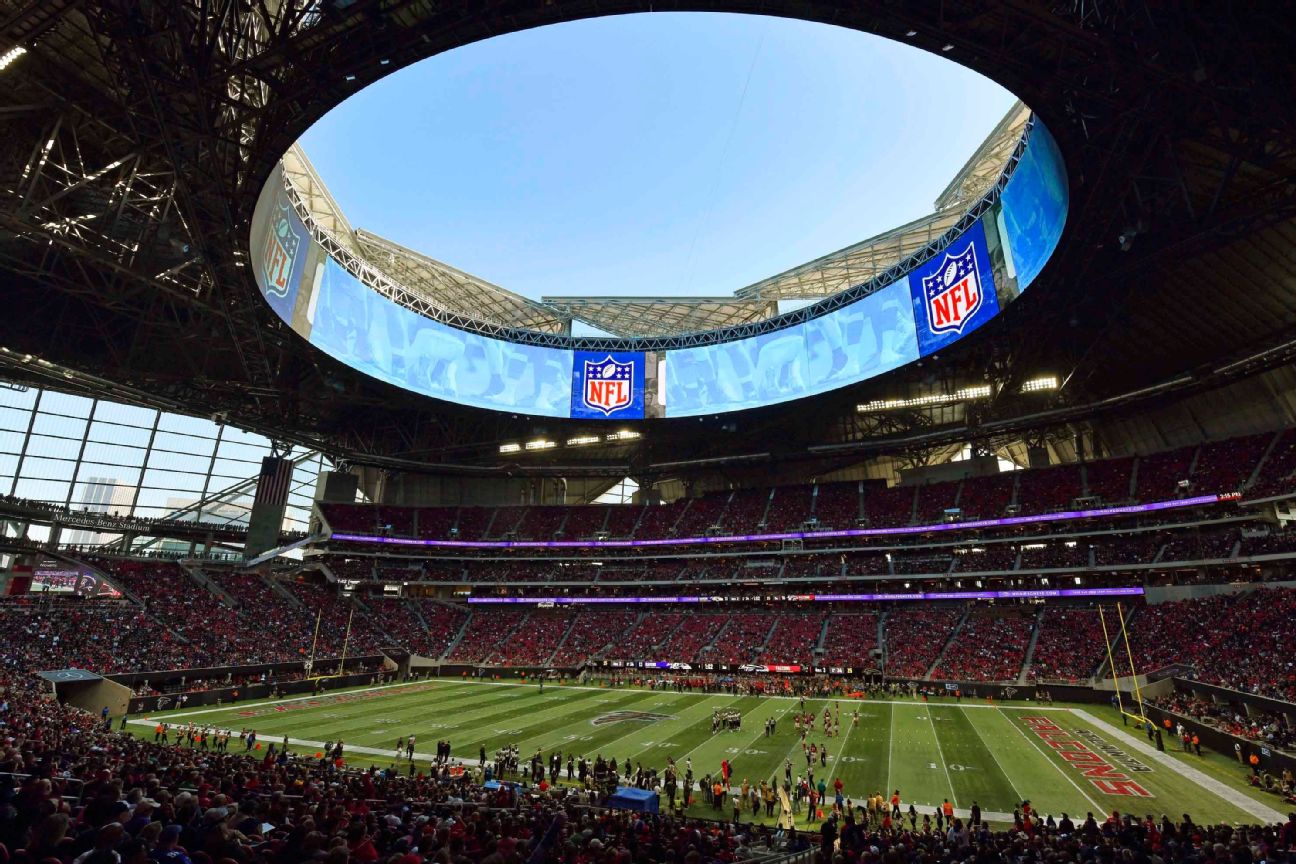 ATLANTA — The NFL has directed the Kansas City Chiefs and Buffalo Bills to begin selling tickets for a possible AFC Championship Game in Atlanta on Jan. 29.

The game would be played at Mercedes-Benz Stadium if both teams win at home in the divisional round this weekend. If either loses, the game would be hosted at the higher-seeded team.

The top-seeded Chiefs are hosting the Jacksonville Jaguars, while the No. 2 seed Bills are facing the reigning AFC champion Cincinnati Bengals.

The NFL mandated a possible neutral site for the conference title in response to a Jan. 2 game between the Bengals and Bills being canceled after Buffalo safety Damar Hamlin collapsed on the field.

Season-ticket holders from both teams who opted to purchase AFC Championship Game tickets will be able to take part in an exclusive presale beginning at 10 a.m. ET on Wednesday. Other fans interested in purchasing tickets can sign up for another presale that starts at 10 a.m. Friday.

If both the Chiefs and the Bills win this weekend, any remaining tickets for the game at the 75,000-seat Mercedes-Benz Stadium would go on sale to the public through Ticketmaster next Monday.

If either team loses, those who have purchased tickets will receive a full refund.

Hamlin collapsed during a Monday night game after a seemingly routine tackle. He was rushed to the hospital in cardiac arrest, halting a game that could have given the Bills home-field advantage through the conference playoffs with a win.

With no time to make it up so late in the regular season, the Chiefs (14-3) gained the top seed by playing one more game than the Bills (13-3).

The seedings remained in place, giving Kansas City a bye in the wild-card round, but the league decided on a neutral location for the AFC title game if both teams made it that far.

Buffalo held on to beat the Miami Dolphins 34-31 in a wild-card game this past Sunday.

Hamlin has since made a remarkable recovery, having been released from the hospital and returning home to cheer on the Bills.