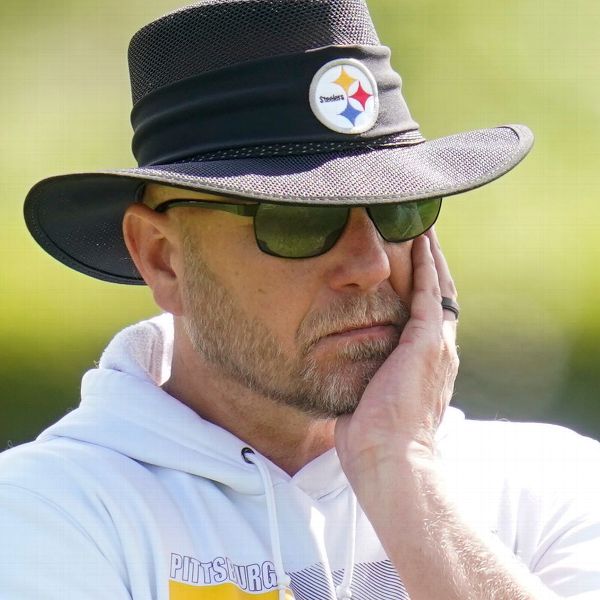 Canada, 50, signed a one-year contract extension last year through the 2023 season and will be the offensive coordinator for a third season. He was previously the team’s quarterbacks coach for the 2020 season.

Though speculation of Canada’s status was rife outside the building, internally, a league source told ESPN, the expectation was that Canada would return and his job wasn’t in jeopardy.

The Steelers finished the year averaging 4.2 yards per carry, a figure that ranks near the bottom of the league, but it’s an improvement from 2021 where they finished 28th with 3.8 yards per carry. The Steelers also finished last this season with 12 passing touchdowns, but rookie Kenny Pickett threw five touchdowns to just one interception after the Week 9 bye after throwing two touchdowns to eight interceptions in his first five appearances.

“We’re open and honest on what I see, and he asks me all the time,” Pickett said Dec. 7. “I think that open line of communication is just going to continue to improve, and he’s very open to suggestions that we all have as players or staff. It’s a collective effort, and it’s definitely cool to have an OC that’s open to that and not just kind of closed minded. So, it’s a pretty good relationship that he has with all of us.”

Canada and the offense drew intense scrutiny throughout the first half of the Steelers’ season when the team went 2-6 prior to the Week 9 bye and struggled to find a consistent rhythm or identity.

The Steelers scored just four touchdowns in the first three weeks of the season, and searching for a spark, eventually benched Mitch Trubisky for Pickett at halftime of the Week 4 loss to the Jets.

Still, changing starting quarterbacks didn’t immediately jumpstart the offense, and it took a series of meetings between coach Mike Tomlin, Canada and the entire team during the bye week to get everyone on the same page.

After that, offensive lineman Kevin Dotson said, the offense bought into and trusted Canada’s plan, and that led to the team finishing 7-2 for a 9-8 record.

“The bye week definitely opened up a lot of people’s eyes to his true vision because we had that sit down (talking about) what he expects and what he wants to happen in the future,” Dotson said last week. “And Tomlin supplemented that with his vision, and I think that helped us all.”

The ground attack showed the most improvement after the bye, and second-year running back Najee Harris went from averaging 45 yards per game in the first half of the season to 74 after the bye.

While the Steelers are retaining Canada, they are losing one offensive coach. Assistant wide receivers coach Blaine Stewart is departing for a job at West Virginia, a source told ESPN. Stewart, who spent four years on the Steelers’ staff, is the son of late WVU coach Bill Stewart.