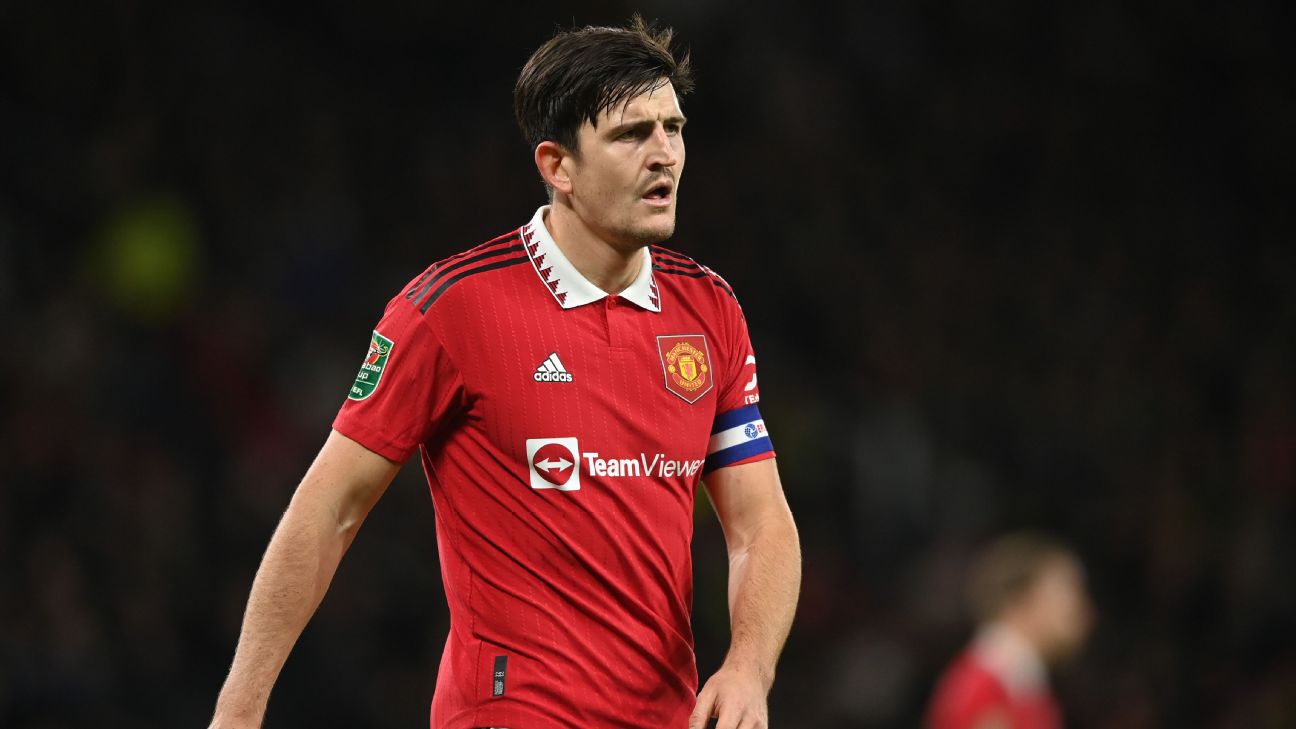 West Ham are interested in exploring a move for Manchester United‘s Harry Maguire but face an uphill task to land the defender in January, sources have told ESPN.

West Ham head coach David Moyes is keen on strengthening his backline this month and views the 29-year-old as an attractive option losing his starting place at United.

Ten Hag’s decision to play left-back Luke Shaw at the heart of the defence in recent matches has effectively made Maguire fifth-choice centre-back, and West Ham are hoping to use that lack of game-time to tempt the England international into a move to London.

However, sources have told ESPN that United are reluctant to part company this month and Maguire is thought to be willing to fight for his place and review the situation in the summer unless told otherwise by Ten Hag.

United are still involved in four competitions and Maguire believes as things stand there is still a chance he could revive his fortunes in the coming months.

Another relevant factor is Moyes’ uncertain future at West Ham. The 59-year-old is under mounting pressure with his side having lost six of their last seven Premier League games to fall to 18th place in the table and a change of manager would prompt the club to revise their transfer targets.

Real Madrid at the 'beginning of an era' not the end