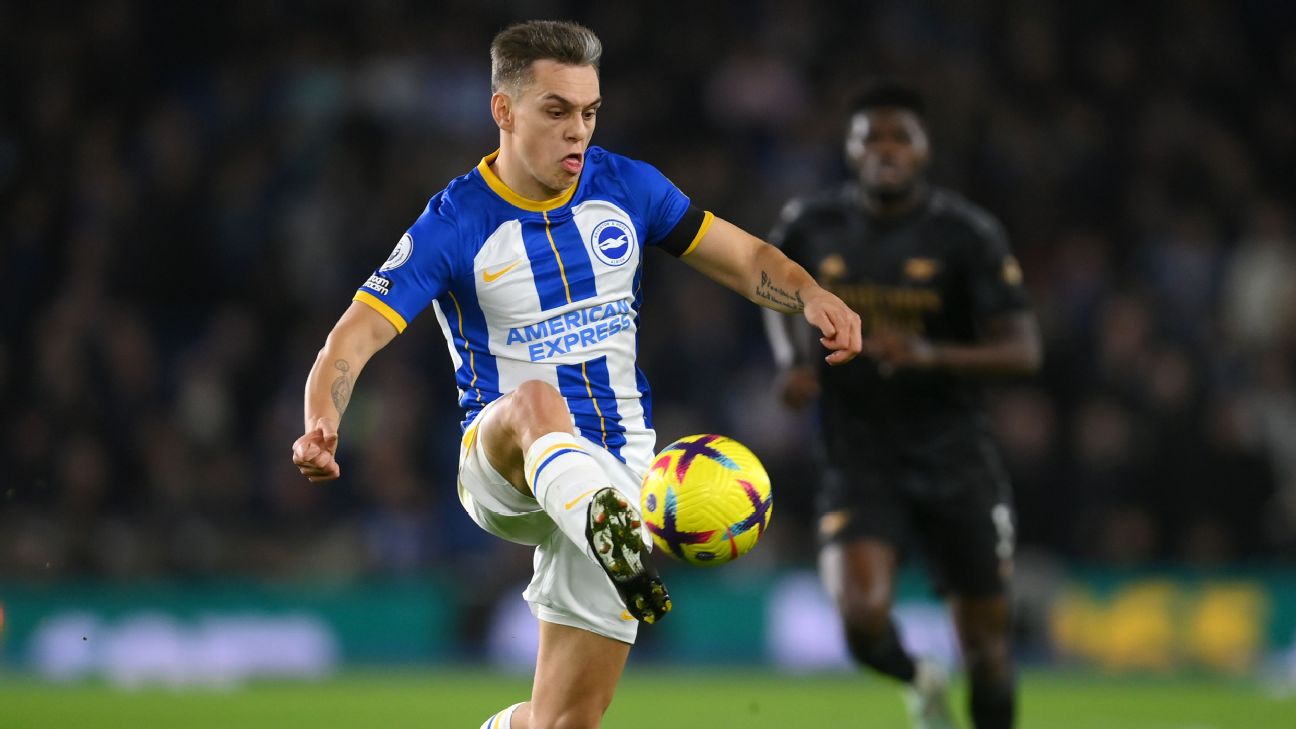 Arsenal are in talks to sign Brighton winger Leandro Trossard after missing out on Mykhailo Mudryk, sources have told ESPN.

Trossard wants to leave Brighton after falling out with manager Roberto De Zerbi, and sources have told ESPN the club are demanding between £20 million and £25m.

The winger has just six months remaining on his deal at Brighton, although the club has an option to extend his contract by a year.

Arsenal had spent much of the January transfer window chasing Shakthar winger Mudryk but were denied when he signed for Chelsea in a €100m deal instead.

Torssard has seven goals in 16 Premier League games for Brighton so far this term. He also appeared in all three of Belgium‘s games at the 2022 World Cup. However, his success at the club has soured since De Zerbi replaced Graham Potter in September.

On Monday, De Zerbi confirmed he was not happy with Trossard’s “attitude” and his “behavior.”

“Leandro knows very well my opinion. The last training session before the Middlesbrough game, when he understood he wouldn’t play, he left the session without saying anything to me and it’s not good,” De Zerbi said.

“On the Monday [last week], I spoke with him and I explained I don’t like this attitude, this behaviour.

“He knows very well if he wants to play with Brighton with me, he has to work hard, he has to run, he has to be in the right way because we are not a big team, a Real Madrid, Barcelona or another big, big team. We are Brighton and we need players who work like the other players.”

Why Doug Pederson is the perfect coach for the Jaguars