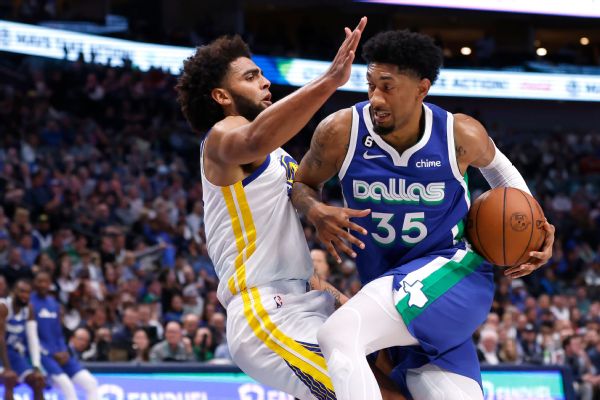 DALLAS — Mavericks center/power forward Christian Wood fractured his left thumb and will be re-evaluated next week, the team announced Thursday.

Wood sustained the injury during the second quarter of the Mavs’ 130-122 loss to the Atlanta Hawks on Wednesday but finished the game, scoring 22 points and grabbing nine rebounds.

Wood, a summer trade acquisition who opened the season as a sixth man but has been starting at center over the last month, ranks second on the Mavs behind superstar Luka Doncic in scoring (18.4 points per game) and rebounding (8.4).

The Mavs are already missing center/power forward Maxi Kleber, who is recovering from surgery to repair a torn right hamstring suffered in mid-December. Kleber has begun light basketball activity and hopes to return within the next month, but no firm timetable has been set.