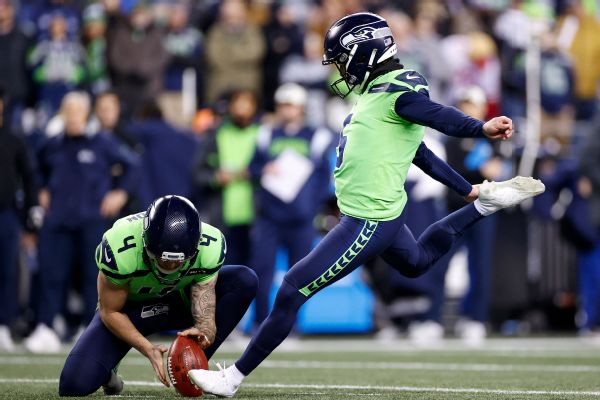 The deal, which keeps Myers in Seattle through the 2026 season, is for $21.1 million and could be worth up to $22.6 million with incentives, sources told ESPN’s Adam Schefter.

Myers, whose contract was set to expire in March, becomes the second-highest-paid kicker in the NFL behind Baltimore’s Justin Tucker.

Myers earned his second Pro Bowl selection this season after leading the league in scoring. He converted 34-of-37 field goal attempts, including all six of his attempts from 50 or more yards.

American Express, LIV, No. 1's? More this week in golf