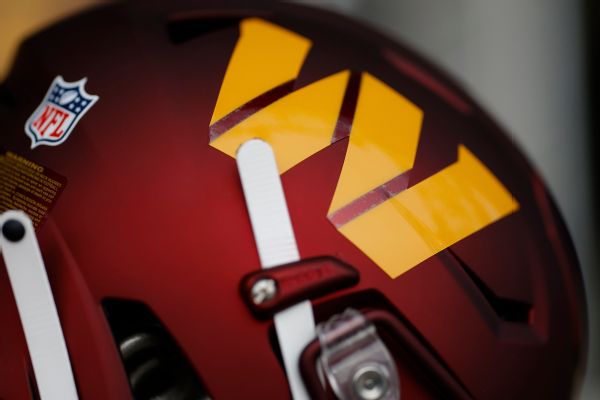 LANDOVER, Md. — Shortly after 10 a.m. at FedEx Field, Washington Commanders fan Chris Bryant did something that was once unthinkable in the NFL: He placed a bet at a sportsbook inside an NFL stadium.

“This is the first time I’ve placed any type of sports betting,” Bryant said.

The Commanders opened the NFL’s first sportsbook inside a stadium Friday, partnering with Fanatics. The Arizona Cardinals opened a sportsbook in September that sits outside the stadium. In Washington, no bets can be placed when the Commanders are playing at home.

The franchise received approval from the Maryland State Lottery & Gaming Control Commission for a sports wagering license on Aug. 17. They have a five-year license.

From that point forward, they needed to go through separate regulatory processes and also build a 5,000-square foot space within the stadium. There are eight betting windows – one of which Bryant handed over $20 for a moneyline parlay involving the Washington Capitals and Wizards — 21 self-service betting kiosks and a full-service restaurant area that features 38 TV monitors and two LED video walls. Fanatics also operates the team store at the stadium.

Washington team president Jason Wright said opening a sportsbook at their stadium became a priority shortly after he was hired in August of 2020. He said he began discussions with Adrienne Jones, the speaker of the Maryland House of Delegates and with Bill Ferguson, President of the Maryland Senate.

Wright called it a “down payment on a revamped experience” at FedEx Field, a stadium that has had its share of issues over the years. Washington is looking to secure land to build another stadium, but doesn’t have to leave its site until after the 2026 season. They can renew their contract to play on the land if they don’t have a new stadium yet.

“We did make a promise to be innovative and to do things for our fans that give them a unique experience that others haven’t and that’s a shift from the past,” Wright said.

Fanatics Chief Business Officer Ari Borod called FedEx a “logical place to put it” because he considers it a storied franchise with a rabid fan base. Wright, who played in the NFL from 2004-10, marveled at what he called the “rapid evolution” of the NFL embracing gambling, which it eschewed for decades. The NFL announced its first sportsbook partnerships in April of 2021.

“When I was playing fantasy football was still new,” Wright said. “Certainly my views changed over time because [sports betting] has become part and parcel of the culture of engaging sports, especially for younger folks and Gen Z. This is almost the primary way people engage the game. It changes the way you think about it. Some people don’t have a favorite team anymore, they have a favorite player or favorite platforms they engage. It changes the way we think about sports and the way we create fan loyalty.”

The opening comes amid uncertainty with the Washington franchise. Co-owners Dan and Tanya Snyder announced in November the team was up for sale. Multiple bids were submitted on Dec. 23, though Jeff Bezos, long rumored to be interested, has yet to place a bid according to multiple sources.

Wright said his conversations with the Snyders have been “business as usual. No different than you heard my interactions with them in the past.” Wright said for him and coach Ron Rivera, “nothing changes. Build a healthy business, build a winning team. That’s all there is to do.”