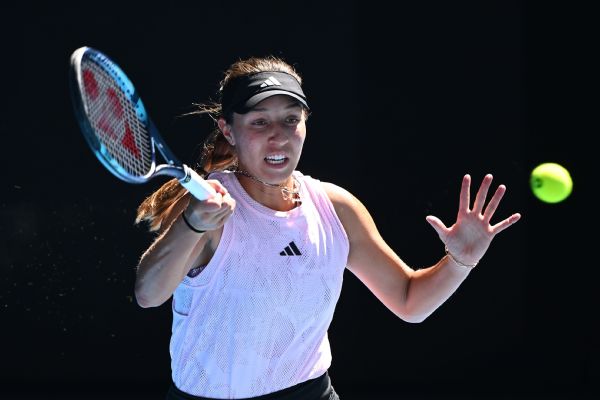 The third-seeded Pegula, a quarterfinalist the past two years at Melbourne Park, needed 65 minutes for a 6-0, 6-2 victory over Marta Kostyuk. Seventh-seeded Gauff beat Bernarda Pera 6-3, 6-2 to reach the last 16.

Pegula raced through the first set, and though Kostyuk established herself in the second set, she was always playing catch-up.

“I thought I just didn’t give away a lot of free points,” said Pegula, who will meet Barbora Krejcikova, the 2021 French Open champion, in the next round. “I was playing aggressive when I had to but also smart. Happy to be through to the next round.”

Gauff had to withstand a barrage of big hitting from Pera on Friday.

“Today was a tough match,” Gauff said. “Bernarda hit the … I can’t say that word. She hit the ball really hard, I was just trying to hang in there. I’m happy to be through to the second week.”

Krejcikova was the first player to advance to the fourth round after a 6-2, 6-3 win over Anhelina Kalinina to open play Friday at Rod Laver Arena.

The 20th-seeded Czech player won the first five games of the match and dominated her Ukrainian opponent. Krejcikova has not dropped a set in three matches.