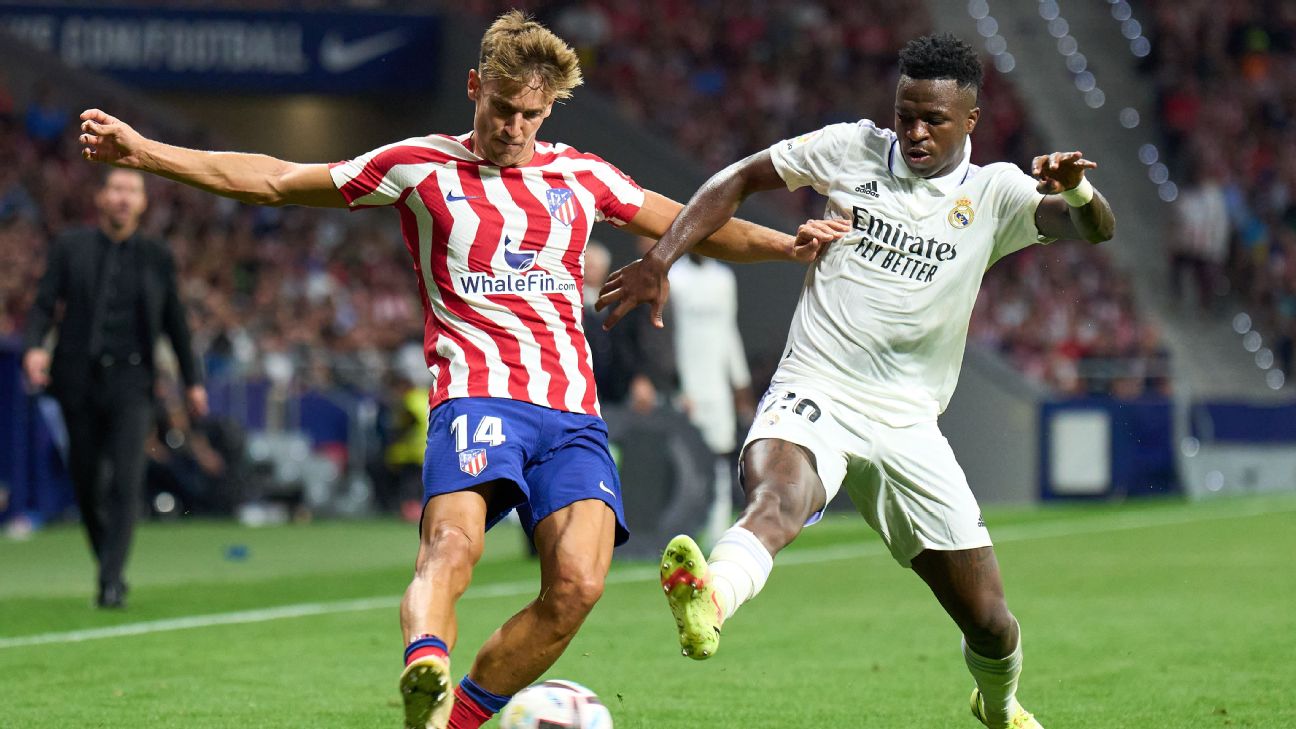 Real Madrid have been drawn against local rivals Atletico Madrid for the quarterfinals of the Copa del Rey, while Barcelona will face Real Sociedad.

Madrid came from 2-0 down to win 3-2 at Villarreal this week, sending them through to the quarterfinals where they will host Atletico, who beat Levante in the previous round.

Carlo Ancelotti’s side have already beaten Atletico once this season — 2-1 away victory in LaLiga on Sept. 18 — and face them again in the league on Feb. 26.

Meanwhile, LaLiga leaders Barcelona, who cruised past Ceuta 5-0 on Thursday in their Copa game, host Real Sociedad at the Camp Nou.

Barca have won the Copa a record 31 times. Xavi Hernandez’s side ousted holders Real Betis on penalties in the previous round.

Elsewhere, Osasuna — the only team alive in the competition that has never lifted the Copa — host Sevilla, while Valencia go up against Athletic Bilbao.

The quarterfinals will be the last round played as a single game. The matches are scheduled between Jan. 24-26.

The Copa final will take place on May 6 at Seville’s La Cartuja stadium.