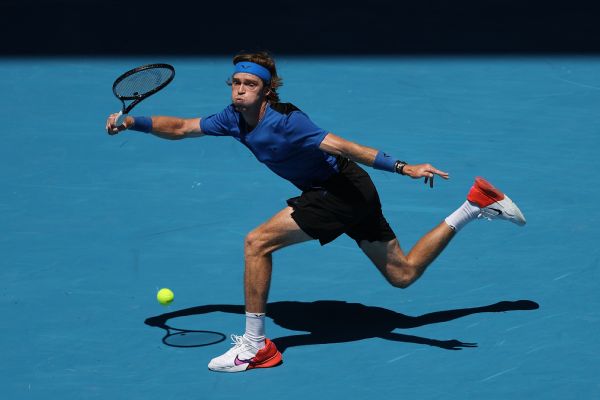 MELBOURNE, Australia — Fifth-seeded Andrey Rublev advanced to the fourth round of the Australian Open for the third time in four years with a 6-4, 6-2, 6-3 win over Dan Evans on Saturday.

“Every match I’m playing better and better,” Rublev said. “At the beginning of the year, I lost a couple of close matches against really good players and lost a bit of confidence.”

Rublev, who will play either ninth-seeded Holger Rune or Ugo Humbert in the last 16, also thanked Evans for helping him out during the match by giving him a banana.

“I asked for a banana and they didn’t have any,” Rublev said. “Dan had asked for bananas earlier and had two and he just gave me one. He helped me with the energy.”

Nuggets' Nikola Jokic out vs. Pacers with hamstring tightness