Hornets’ LaMelo Ball out against Hawks with sore ankle, knee 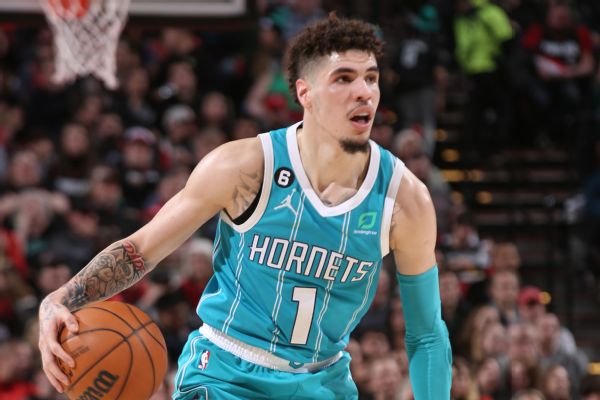 ATLANTA — Charlotte point guard LaMelo Ball was ruled out of the Hornets’ game against the Atlanta Hawks on Saturday with a sore left ankle and sore right knee.

It’s the third time this season that Ball has injured the same ankle. He missed first 13 games of the season after spraining it the first time and played in just three games before spraining it again on Nov. 16 when he stepped on a fan’s foot against Indiana. That time he missed 11 games with the injury.

This time he injured his ankle in Wednesday’s win at Houston.

Charlotte began the day next-to-last in the Eastern Conference in 3-point shooting. He has made 78 3s since returning from an ankle injury Dec. 14, most in the NBA over that span.