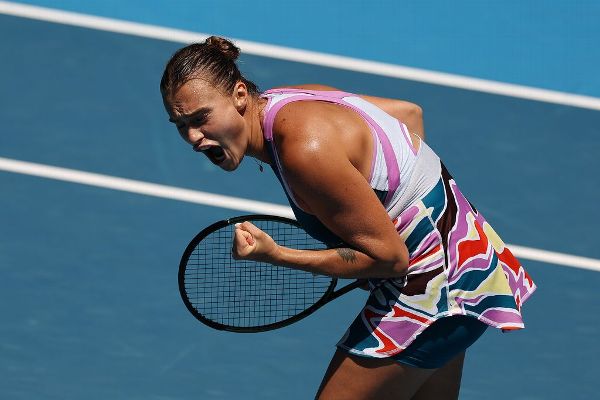 MELBOURNE, Australia — No. 5-seeded Aryna Sabalenka defeated Belinda Bencic 7-5, 6-2 on Monday to reach the quarterfinals of the Australian Open for the first time.

Bencic double-faulted to drop the first set, which put Sabalenka in control from that point.

No. 4-seeded Caroline Garcia faced Magda Linette later Monday for the final place in the women’s quarterfinals. Garcia reached the semifinals of the US Open last season but has never reached the quarterfinals in Australia.

Top-seeded Iga Swiatek and No. 2 Ons Jabeur have both been eliminated, leaving No. 3 Jessica Pegula as the highest ranked women through to the final eight.

“I’m super happy with the win today,” Sabalenka said. “She [Bencic] is an unbelievable player. She played so good. I’m really happy with the level today.”

Sabalenka said she had worked hard on controlling her emotions during matches.

“It takes me a little while to understand that negative emotions are not going to help me on court,” she said. “You just have to stay strong and believe no matter what.”