Carl Cheffers will be lead referee for Super Bowl LVII 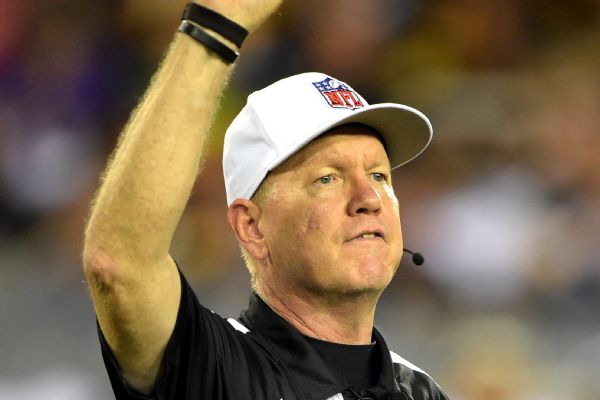 Carl Cheffers will serve as the lead referee for Super Bowl LVII, the NFL announced Tuesday.

Cheffers received the prized assignment for the second time in three seasons and the third it he past seven years. He was also the referee in Super Bowls LII and LV. The league uses a variety of benchmarks for determining Super Bowl officials, including a season-long evaluation process as well as various seniority and eligibility requirements.

Cheffers joined the NFL in 2000 as a side judge and was promoted to referee in 2008. He is the NFL’s second-longest tenured referee, behind Jerome Boger.

The rest of the crew includes:

Super Bowl LVII will be played on Sunday, February 12, at State Farm Stadium in Glendale, Arizona

What to watch as PGA Tour moves to Torrey Pines