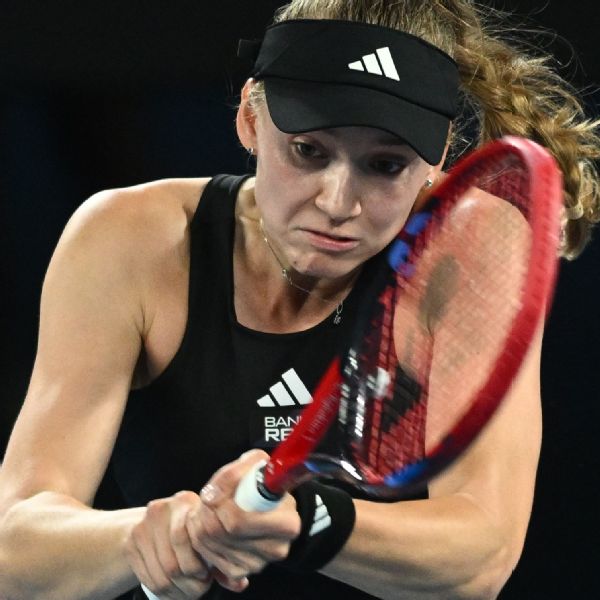 The match at Rod Laver Arena featured a rare rain delay of about 20 minutes while the roof was closed. Rybakina led 3-1 and was holding a break point before the delay. On return, Ostapenko saved the first break point, but Rybakina, the No. 22 seed, broke on her next opportunity to go up 4-1 and won the first set 6-2.

In the second set, Ostapenko was up a break, but Rybakina leveled with a break of her own. It came on her first break point when Ostapenko had been unable to convert four in the previous game.

Rybakina, who beat top-seeded Iga Swiatek in the fourth round, set up match points with aces, both of which were saved by Ostapenko. But she clinched the match with another ace, her 11th of the match and a tournament-leading 35 overall.

“I was nervous in the last game, but I managed my emotions and played very well.” Rybakina said. “The conditions were different after the roof was closed. But it can happen here, you never know, on the morning one weather and later it changes.”

Rybakina will play the winner of the night quarterfinal between American Jessica Pegula, at No. 3 the highest women’s seed remaining, and two-time champion Victoria Azarenka.

The semifinal appearance in a major will be Rybakina’s second of her career. In both instances, according to ESPN Stats & Information research, she was a double-digit seed, having advanced to the Wimbledon final four last season as a No. 17 seed, before later winning that Grand Slam event.