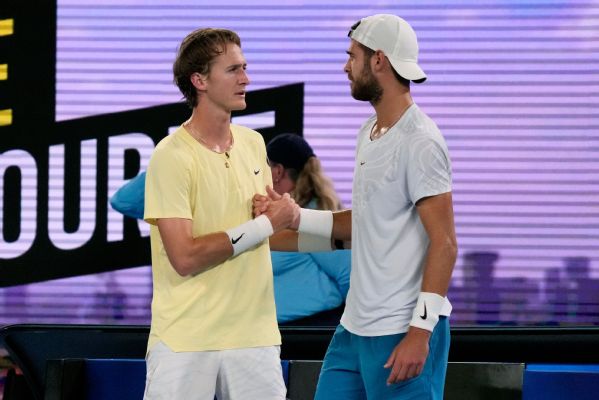 MELBOURNE — Karen Khachanov reached the semifinals of the Australian Open for the first time on Tuesday after American Sebastian Korda retired with an apparent wrist injury while trailing 7-6(5) 6-3 3-0.

The 18th-seeded Khachanov raced out to a 4-1 lead before Korda forced a tiebreak, but the Russian hit back to win the first set with a backhand scorcher.

Korda, whose father Petr had triumphed at Melbourne Park in 1998, struggled on his forehand and had his right wrist strapped midway through a tight second set before Khachanov broke to go up 4-3 and the 26-year-old held firm to double his advantage.

With his injury affecting his rhythm and the match slipping away, Korda, seeded 29th, dropped serve early in the third set before pulling out of the quarterback match.

Khachanov will meet Stefanos Tsitsipas or Jiri Lehecka in the semifinals.