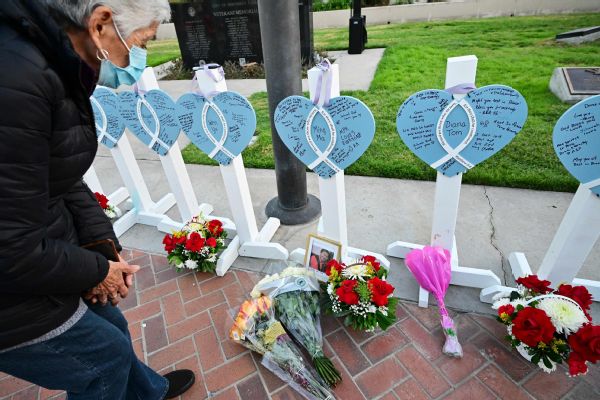 LOS ANGELES — The Los Angeles Lakers and LA Clippers held a moment of silence before their game on Tuesday night to remember the 11 victims of the Monterey Park, Calif. mass shooting.

Before the national anthem, longtime Lakers public address announcer Lawrence Tanter asked fans at Crypto.com Arena for the moment of silence while a logo of Monterey Park was shown on the big screen.

Five men and six women, between the ages of 57 and 76, were murdered at a dance studio during the Lunar New Year celebration last Saturday in Monterey Park, which is about 10 miles outside downtown Los Angeles.

The Clippers placed t-shirts with the message “Stop The Violence” at each player’s locker before the game.