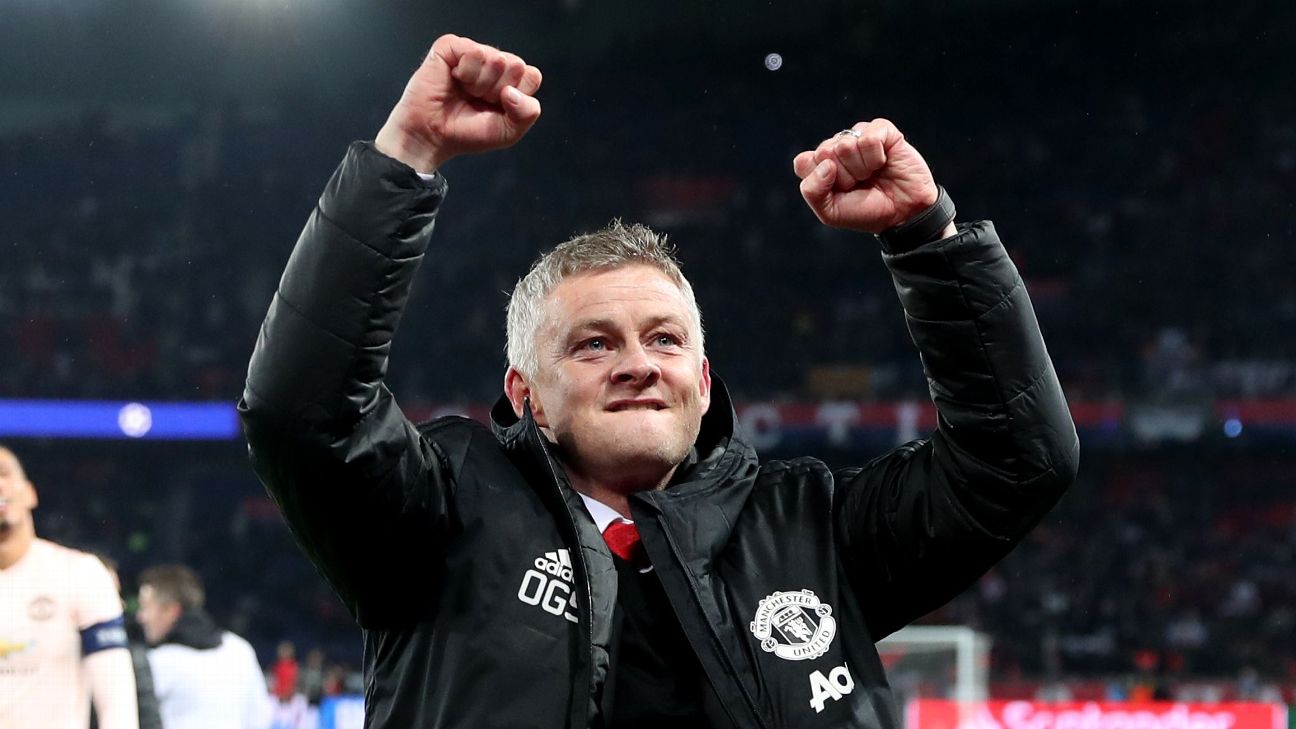 Man United coach Michael Carrick speaks to ESPN about Ole Gunnar Solskjaer's impact since taking over as manager.
Ole Gunnar Solskjaer has been appointed Manchester United manager on a three-year deal after a successful stint as caretaker, the club have announced.
The former United striker has reversed their fortunes since leaving Norwegian club Molde&nbsp;to replace Jose Mourinho in December, reaching the quarterfinals of the Champions League and battling for a place in the Premier League top four.&nbsp;
(function(d,s,id){var js,fjs=d.getElementsByTagName(s)[0];if(d.getElementById(id))return;js=d.createElement(s);js.id=id;js.src='https://embed.playbuzz.com/sdk.js';fjs.parentNode.insertBefore(js,fjs);}(document,'script','playbuzz-sdk'));

"From the first day I arrived, I felt at home at this special club,"&nbsp; Solskjaer said. "It was an…
Source: ESPN